Golden Globes 2019: All the Highlights 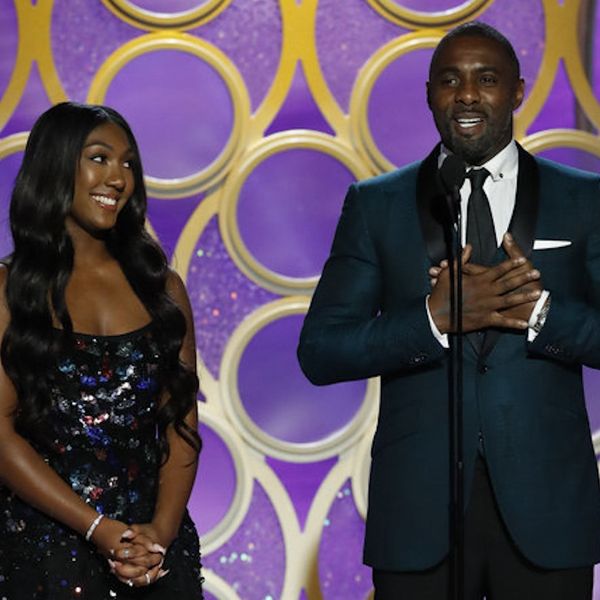 Whether there's controversy, meme-able moments, or unexpected flubs, awards shows are always a source of pop-culture talking points for weeks to come. The 2019 Golden Globes on Sunday, January 6, were no exception. Click through for all the highlights from the big night. (Photos via Stefanie Keenan/Getty Images for FIJI Water + Paul Drinkwater/NBC)

Sandra Oh and Andy Samberg's Globes Opening: Can you say wholesome? The unlikely but loveable duo of Sandra Oh and Andy Samberg kicked off the 2019 Golden Globes with an adorably positive opening bit, which started with them unabashedly gushing over Hollywood heavyweights in the crowd. Oh told Bradley Cooper, "You are hot," and Samberg called Michael B. Jordan a buff snack. And while it wasn't all jokes, it remained incredibly uplifting when Oh got emotional as she celebrated Hollywood's "moment of change," calling attention to the changing face of the film and TV industry. (Photo via Paul Drinkwater/NBC)

The First Carol Burnett Award: TV legend Carol Burnett was honored as the inaugural and eponymous winner of the Globes' new achievement award, and her acceptance speech was as heartwarming and dignified as you'd expect from the 85-year-old icon. "We've been given an opportunity to do something special," she said to the room of fellow stars. "We've been granted a gift, a canvas to paint with our talent, one that can make people laugh or cry or maybe do both. So this award, oh, my gosh, so generously named after me, is dedicated to all those who made my dreams come true and to all those out there who share the love I have for television, and who yearn to be part of this unique medium that has been so good to me. I'm just happy our show happened when it did and that I can look back and say once more, 'I am so glad we had this time together.'" (Photo via Paul Drinkwater/NBC)

Idris Elba's Proud Dad Moment: Idris Elba appeared alongside surprise presenter Taylor Swift to announce the awards for Best Original Score and Best Original Song, but he also took a quick, and seemingly unrehearsed, moment to shout out another woman on stage beside him — his 16-year-old daughter, Isan Elba. Isan was named the 2019 Golden Globe Ambassador for her work with youth mental health initiatives. She escorted Globes winners off stage during the telecast, and Idris could not have been prouder. (Photo via Paul Drinkwater/NBC)

Sandra Oh and Andy Samberg's Montage of Their Own Golden Globe Wins: Big mood for 2019. (Photo via Paul Drinkwater/NBC)

Regina King's Powerful Acceptance Speech: The #TimesUp and #MeToo movements weren't discussed much on the Golden Globes red carpet this year — a stark difference from 2018. But Regina King, accepting her Best Supporting Actress award for If Beale Street Could Talk, made it a talking point in her impassioned acceptance speech, which even forced the play-off music to stop so she could finish. "In the next two years, everything that I produce, I'm making a vow — and it's going to be tough — to make sure that everything that I produce that is 50 percent women," she said. She urged her peers to do the same. (Photo via Paul Drinkwater/NBC)

Sandra Oh's Giddy and Emotional Acceptance Speech: It was truly Sandra Oh's night to shine. From a dazzling and funny co-hosting job (she's the first person of Asian descent to host!) to her family's adorable show of support to her moving "moment of change" speech and her eventual Best Actress win for Killing Eve (making her the first Asian actor to win Golden Globes in multiple categories), Oh indeed killed it. Her acceptance speech for her historic win summed up her night perfectly, as she excitedly yelled, "Oh, my God. Oh, Killing Eve. Oh, my God," then proceeded to thank her parents, who were in the audience. "I'd like to thank my mother and my father. Oma, Opa," she said, before thanking them in Korean and bowing, leaving us in the happiest tears. (Photo via Paul Drinkwater/NBC)

Jeff Bridges' Epic Acceptance Speech: It wasn't a tearjerker like Oprah Winfrey's speech in 2018, but Jeff Bridges, the 2019 recipient of the Cecil B. DeMille Award, gave a sprawling and joyous speech that was its own kind of inspiring. After a charmingly rambling bit in which Bridges reflected on his career and thanked his collaborators from over the years, he used a boating analogy as wise life advice. "We may seem like we're not up to the task, but we are, man!" he said of navigating life. "We're alive! We can make a difference! We can turn this ship in the way we want to go, man! Towards love and creating a healthy planet for all of us." (Photo via Paul Drinkwater/NBC)

Maya Rudolph and Amy Poehler's Proposal Bit: Two of our favorite funny ladies took the stage to present together, and to poke fun at the famous 2018 Emmys proposal, when producer Glenn Weiss used his acceptance speech to propose to his girlfriend, Jan Svendsen, live on TV. Maya Rudolph interrupted Amy Poehler, exaggeratedly shaking and holding a ring box as she asked her fellow SNL alum to marry her. We have a proposal of our own: a live TV wedding when the pair host the Globes in 2020. (Consider this our official petition for them to host the Globes in 2020.) (Photo via Paul Drinkwater/NBC)

Fiji Water Girl: If you took in any pre-show red carpet coverage, you very likely saw a woman photobombing several celebrities while holding a tray of Fiji Water. The seemingly omnipresent brand ambassador quickly became a Twitter meme, though she told Glamour that she didn't intend to end up in the background of so many photos. "I do love a good meme, so I think it's incredibly ironic and funny that I'm one now," she said. "The first meme of 2019, apparently! My husband is laughing very hard about all of this." (Photo via Stefanie Keenan/Getty Images for FIJI Water)

Glenn Close's Moving Speech: Legendary actress Glenn Close was clearly surprised by her Best Actress win for The Wife. She was already in tears when she took the stage, and her acceptance speech caused her to tear up all over again as she spoke about the personal connection she felt to the film. "I'm thinking of my mom, who sublimated herself to my father her whole life," she said. "In her eighties, she said to me, 'I feel I haven't accomplished anything.' ... What I've learned through this whole experience is, women, we're nurturers — that's what's expected of us … but we have to find personal fulfillment. We have to follow our dreams. We have to say, 'I can do that. And I should be allowed to do that.'" By the end, many other people were in tears as they rose to their feet for one of the standout moments of the evening. (Photo via Paul Drinkwater/NBC)