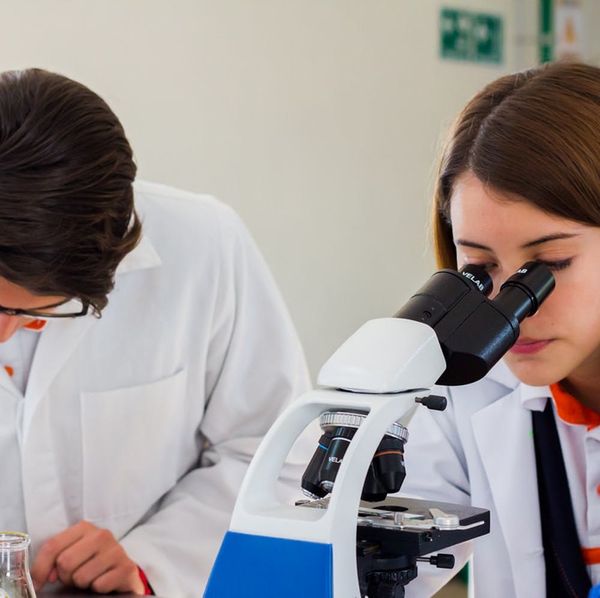 Throughout elementary school, Tom* was my best male friend. Because he was a boy and I was a girl and it was elementary school, after all, he could never claim the title of “best” friend. I had other girlfriends for that. To his credit, he didn’t care. He had a very healthy ego and his own set of friends. But in those early elementary years, neither one of us thought very much about the gender dynamics.

We were mostly inseparable. We sang show tunes at his keyboard in the foyer of his parents’ house. We made films in his backyard, starring LEGOs and dust bunnies that we gathered from corners of the house to use as monstrous villains. We started a newspaper together in fifth grade and doled out assignments to our classmates, promising them fair credit and fame when the newspaper grew to the school-wide level (it never did). We played video games for hours. We never let each other win. Tom was ruthlessly competitive, relentlessly bossy, and clever. Most of the time we found joy in each other’s nerdy tendencies and intellectual pursuits.

Our only trouble arose when Tom’s cutting comments and my extreme sensitivity collided. In my mind, he had a temper that knew no bounds. I never knew what might threaten him or set him off. Sometimes it was obvious: When he was about to lose a game or when we could not agree on what to do, he’d let out a comment that was meant to cut deeply. He wouldn’t soften and I couldn’t harden, so occasionally our play-dates would end in tears. That is, until we reached the seventh grade.

As a grown adult now, and a middle school English teacher, I can tell you this: No one is his or her best self in middle school. It’s probably safe to say that for many of us, it’s a chance to be our worst selves. We should all be grateful for its finite period.

Tom was no exception. His temper grew. His patience for me dwindled. His cleverness sharpened into a fine, piercing point.

Halfway through seventh grade, I needed immediate surgery to correct my sudden, severe scoliosis. A date was selected. In the weeks before, my anxieties grew. I tried to put on my toughest face, especially in the brutal world of middle school, but a false face could only get me so far. I was always on the verge of tears. Tom knew it.

One week before my surgery, we were dissecting frogs in science class. He and I were assigned to separate groups at separate tables, but the class had a quiet and eerie focus as the dissection began. We wavered between awe and disgust for the task at hand.

With a scalpel poised to slice into his frog, he glared at me and offered to the class, “Wow. This must be what it’s like to undergo a major surgery.”

I lost it. Any semblance of composure I had been working so hard to maintain fell away and I sobbed, wildly, in front of my entire class. I couldn’t be consoled, either. My parents were called and I went home.

My parents called his parents that night. Their son was not allowed to speak to me ever again. No more play-dates. No more birthday parties. No more contact whatsoever. In school, where our entire grade was only 30 students, this was no easy feat. But once my parents said it, it was done.

In that last year of school together, I held my breath whenever he was near; he could never be my friend again, but instead became a reminder of my fragility. We graduated from school the next year, went to separate high schools, colleges, and paths. In the first few years, I carried anger and resentment. But as my body healed from surgery and my heart healed from middle school, I forgot entirely what had made us grow apart.

“I want to tell you that I’m sorry,” Tom said, 12 years later at an unofficial reunion of elementary school friends. Over the course of those years, we’d completely fallen out of touch. Aside from the occasional Facebook posting and update from friends of friends, I had little idea of his adult life.

“Sorry?” I replied. I scanned my mind for any reasonable infraction. Sorry he had been late to meet us? That couldn’t have been it; since I’d known Tom, he’d never been on time to anything.

“What I said to you then,” he continued, his eyes drifting down to his drink, and landing on me. “I’m sorry.”

Maybe my mind was blurry from the gin and tonics that we had hastily made despite having spent our earlier hours drinking warm beer in the sun; maybe it was the uncanny feeling of reuniting with everyone after over a decade apart; maybe it was lingering exhaustion from the 6am flight that had brought me home to New Jersey. Whatever the reason, my mind was blank. I had no idea why he was apologizing.

I looked back at Tom and saw, for the first time in my life, how his face carried regret. In our childhood years, when we had been friends, I had seen the many faces of Tom but never this one: It was sincere, remorseful, and ashamed.

He continued, “I never apologized for it. I’ve thought about it a lot. It was the most hurtful thing I’ve ever said to anyone. I’m sorry.”

For a brief moment, staring at Tom and my warm gin and tonic, I felt an unexpected reemergence of the anger and hurt he had caused. I started to turn red. I started, as I always do, to cry. Without knowing it, he had sliced the first scar into me before I’d even gone under.

But seeing the sincerity and hurt on his face, I sensed how badly he had needed to apologize. While I had long stopped holding onto that moment, he had carried it on for more than a decade. He had never apologized, but I had long stopped needing it. It seems to me now that the apologies we give end up being so much more important than the apologies we receive. He needed to be forgiven, and I no longer needed to be mad. I held the silence though, a little longer, maybe because I did not know what to say or maybe because I wanted to feel, even just for a moment, the control he must have felt sometimes over me.

“Apology accepted,” I replied after a long minute. “Now go get me another drink.”

*Name has been changed.