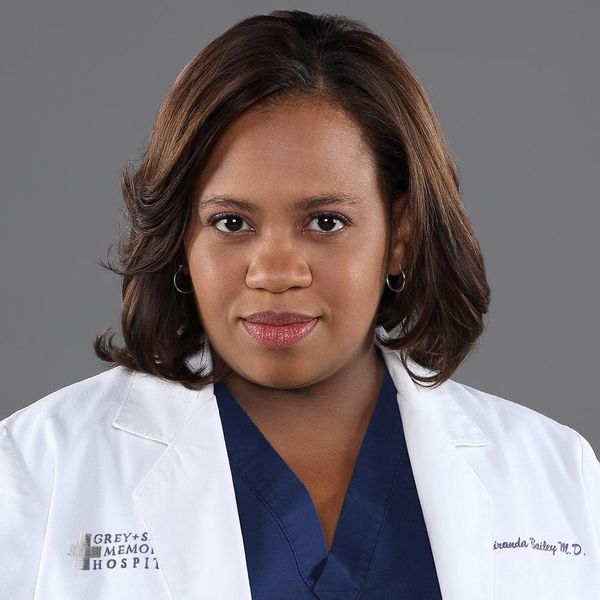 Fans had an absolute meltdown last week when Grey’s Anatomy previewed a potentially serious medical situation for Dr. Miranda Bailey, even hinting that the beloved character might die. (The reaction from people on Twitter was, in short: No. Nope. No.)

Since then, viewers have been desperate to find out anything they can about Bailey’s fate. Chandra Wilson, who plays the character, addressed the rumors in a new interview, but she’s not exactly easing our fears.

“Let’s say Bailey has been stressed,” Wilson told Entertainment Weekly when asked about Bailey’s fate. Not wanting to offer up any major spoilers, she added, “Is Bailey leaving? I think this is the right thing to say: Bailey’s been stressed and needs to take care of herself.” That’s not a yes, but it’s not a no, either.

For now, the 48-year-old wants fans to focus on another aspect of the story-line, which was loosely inspired by the cancer diagnosis of the episode’s writer Elisabeth R. Finch. According to Wilson, Bailey’s health scare is meant to highlight the fact that women’s medical issues often go ignored or are misdiagnosed.

“What we really wanted to talk about in this episode, especially for women, is heart disease, how it manifests, how much of a killer of women it is, and how to be taken seriously when you walk into an emergency room situation so that you can be properly diagnosed and properly treated,” she explained to EW. “That’s the thing that was always at the forefront of each of the scenes that we went into, and the performance, as well as the conversations that Bailey was having with each of the characters.”

Wilson also told EW that the episode offers up more information about Bailey’s childhood, which will apparently be rather enlightening.

“There are things that get revealed in this episode about Bailey’s upbringing that make you understand the person that you’ve been seeing since the pilot,” Wilson said. “Where she’s coming from, why she behaves the way she behaves, the kind of relationships that she has with her family, the kind of relationships she has with patients, the driven, professional woman that she is — you get a glimpse of where the seed of her comes from.”

Bailey’s fate will be revealed when Grey’s Anatomy airs tonight at 8pm ET on ABC.

What do you think will happen to Bailey in the next episode? Let us know @BritandCo!