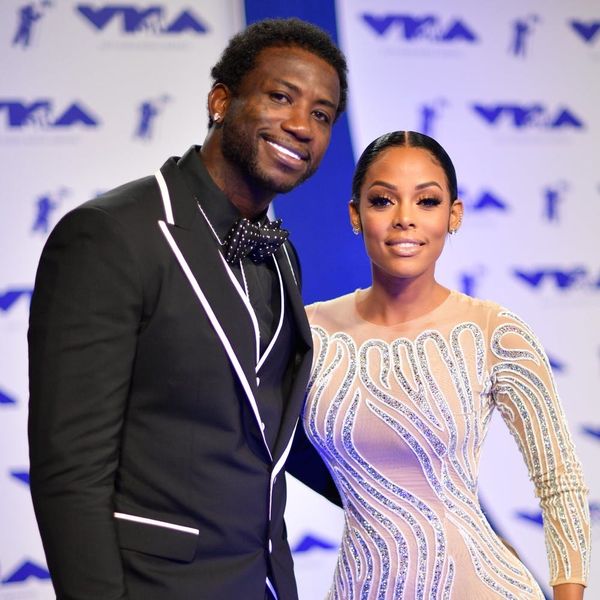 On Tuesday night, all eyes were on Gucci Mane and Keyshia Ka’oir as they celebrated the complete opposite of a low-key, low-maintenance wedding. The couple married in a lavish $1.7 million celebration that, while cheaper than Kim Kardashian and Kanye West’s $12 million nuptials, is still practically a royal affair as far as we’re concerned.

The couple said “I do” at the Four Seasons in Miami, and the whole thing was livestreamed on BET. The broadcast served as the kickoff to the pair’s new 10-part show, The Mane Event, detailing the prep leading up to the epic ceremony.

Ka’oir walked down the aisle to Patti LaBelle’s “If Only You Knew,” looking resplendent in a stunningly jeweled wedding dress and headpiece. And as if that weren’t glam enough, she carried a bouquet made of what appears to be diamonds, saving the real flowers for their nearly as over-the-top rehearsal the day before, where the couple wore head-to-toe red. The rapper, for his part, wore a jeweled bow tie for the big day, and a white tux with tails.

If this is their rehearsal, then what will their wedding look like🤷‍♀️ tune in tonight on @bet at 10pm to watch our wedding live! Yes LIVEEEEEEE!!!!!!💎👰💍 #TheManeEvent 10/17 #TheWopsters

Naturally, the guest list was full of celebs, including Real Housewives of Atlanta star Kim Zolciak-Biermann, Sean “Diddy” Combs, 2 Chainz, Monica, and many more. In keeping with the couple’s theme, everyone wore head-to-toe white.

One of the best parts of the celebration was, of course, the reaction from fans, who were excited to get the opportunity to watch live. Social media was on fire with hilarious reaction GIFs that were honestly so relatable.

Me getting ready for Gucci mane wedding that I'm attending in my living room pic.twitter.com/2iAYxN6ARz

me walking into my living room tomorrow to watch gucci mane wedding. pic.twitter.com/HrgLDcZ1TR

Gucci Mane proposed to Ka’oir last November at an Atlanta Hawks game. The team caught them on the kiss cam before the rapper stood up and pulled an enormous diamond ring from his pocket. The Hawks’ mascot, Harry the Hawk, was on hand to present Ka’oir with a bouquet of roses.

Have you ever been to an extravagant wedding? Tell us @BritandCo!