5 Harry Potter Easter Eggs That Will Blow Your Mind 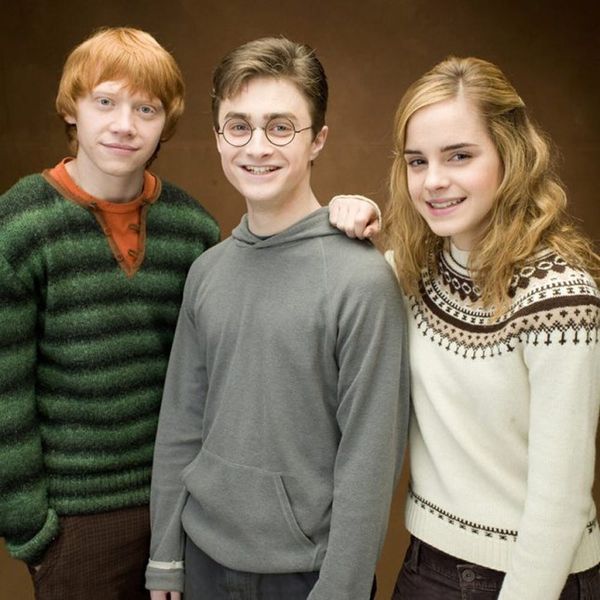 With Easter just days away, our minds are focused on one thing and one thing only: eggs. The kind covered in chocolate, the kind containing secret presents — oh yeah, and the kind that unveils info we never knew we needed. We’ve already spilled some Netflix secrets and iPhone hacks. Now we’re coming at you with some secrets hidden in the Harry Potter series. Read on, and prepare to feel inspired to reread all the books. (PS, major spoilers ahead if you’re not all caught up!)

1. Professor Trelawney’s Prediction: In Harry Potter and the Prisoner of Azkaban, the kooky professor asks Harry, “I think I am right in saying, my dear, that you were born in midwinter?” He then tells her she’s wrong but when it’s later discovered that Harry and Voldemort are connected via Voldemort’s Horcrux, it makes so much more sense considering Voldemort was born on December 31.

3. That One Time Ron and Harry Predicted the Whole Book: It’s no secret that Ron and Harry aren’t so great with the subject of divination. When fudging their homework during a chapter in The Goblet of Fire, Harry makes up his future predictions and writes down, “Okay… on Monday I will be in danger of, er, burns… Tuesday, I’ll… erm… lose a treasured possession.” Then as a final kicker, Ron says, “Why don’t you get stabbed in the back by someone you thought was a friend?” What you might not realize is that these made up predictions line up perfectly with what happens to Harry during the Triwizard Tournament. He finds himself in danger of burns as he defeats a dragon, loses a treasured possession (Ron) when he’s tied to the bottom of the ocean and is stabbed in the back by Professor Moody in the third challenge.

4. Dumbledore’s Entrance: According to the books, Dumbledore’s office has a “griffin knocker” hung on the door. Phrase that a little differently, and you’ll realize his entrance is literally a griffin door.

5. Alan Rickman Always Knew Snape’s Biggest Secret: Even though the first movies came out before the series was finished, JK Rowling trusted Alan Rickman (AKA Snape) with his character’s biggest secret. You know, how he actually was always trying to protect Harry and was on his side the whole time? Rickman kept her secret during the entire filming process and according to What Culture, “even had to convince producers and directors to trust his portrayal of Snape.”

What’s your favorite Easter egg hidden in the Harry Potter books or movies? Share with us on Twitter @BritandCo.

Cortney Clift
Cortney is the senior writer and special projects editor at Brit + Co. She typically covers topics related to women's issues, politics, and lifestyle. When she's not buried behind her computer you'll find her exploring New York City or planning her next big adventure.
Easter Eggs
Entertainment
Easter Eggs
More From Entertainment