Here’s Exactly What You Should Be Streaming This Weekend 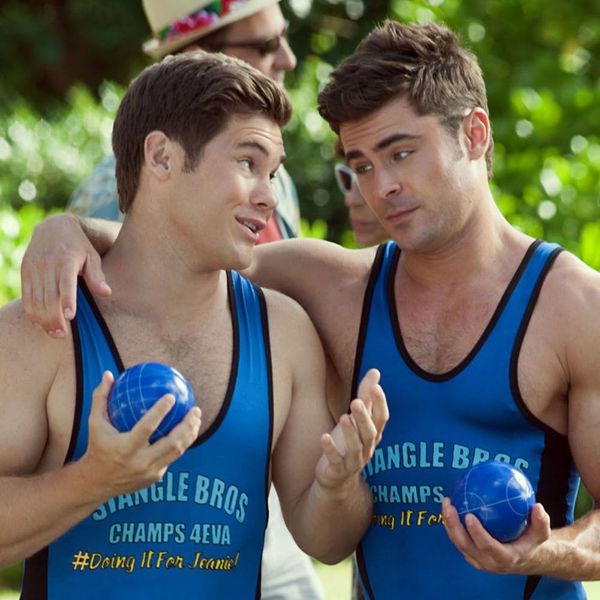 Time is of the essence — especially when it starts to warm up outside. And with temperatures finally rising, we predict everybody will want to spend time outdoors this weekend. But after your first long day back in the sun, there will probably be nothing you want more than to crash into your couch (or bed!) with a good Netflix binge. We’ve got you covered. To help you go straight from play to relaxation with none of that annoying “What should I watch?” time in between, we rounded up the 10 shows, movies, and documentaries you should be streaming this weekend. Now get out there and we’ll see you when you’re ready to relax.

FUN IN THE KITCHEN

Netflix: It may look like a kids’ movie, but TRUST us when we say, it’s DEFINITELY NSFW. Just consider the name. No. Reeeaaaally consider it. If it’s helpful, just bear in mind that this came out of the Judd Apatow factory. (Photo via Columbia Pictures)

Netflix: Sean Penn stars in this must-watch biopic about Harvey Milk, the first openly gay man elected into public office in America. He was a gay rights icon in 1970s San Francisco, and remains an inspiration today. (Photo via Focus Features)

Hulu: This intriguing documentary follows the story of John Wojtowicz, who attempted to rob a Brooklyn bank to pay for his lover’s sex reassignment surgery. His real story was the inspiration behind the 1975 classic Dog Day Afternoon. (Photo via Unleashed Films)

HBO: Watch this one for the star power. It’s got Zac Efron, Aubrey Plaza, Anna Kendrick, and Adam Devine in a comedy, just in time for all your wedding invitations to start rolling in. (Photo via 20th Century Fox)

Hulu: Relive the golden days because MAJOR ALERT: Every episode of The Golden Girls is now available on Hulu. Gather up all your gal pals and start making plans for your future sassy selves. (Photo via NBC)

TITLES THAT RELIVE THE PAST

Showtime: Throw it waaayyyy back in time to when a robot that could pick your nose was the coolest machine imaginable. Although don’t blame us if the movie re-triggers your childhood dreams of becoming a spy. (Photo via Dimension Films)

Amazon: Katie Holmes stars in this movie about two bipolar patients who fall in love while they’re in a psychiatric hospital. It’s an emotional exploration of the highs and lows of love with mental illness. (Photo via 40 Acres & A Mule Filmworks)

FILMS ABOUT PEOPLE LOCKED AWAY

Showtime: Throw it back to Murderer’s Row in 1920s Chicago with this can’t-get-it-out-of-your-head musical. Fair warning: After watching, you may chop all your hair into a bob and start saying things like “And all that jazz” after every sentence. (Photo via Miramax)
Cailey Rizzo
Cailey is a junkie for all things pop culture. She studied journalism and English literature at SUNY Purchase, then continued studying French cinema and literature at Paris IV Sorbonne. She currently lives in New York where she can often be found singing '70s music at karaoke bars.
Netflix
Pop Culture
Netflix Streaming
More From Pop Culture