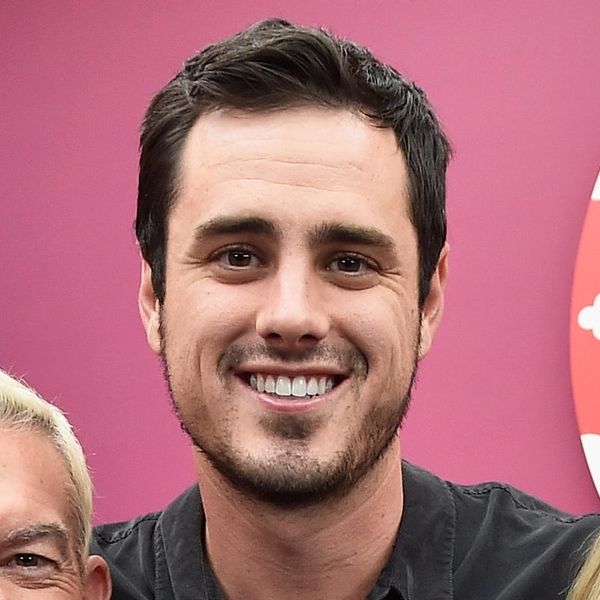 Lauren Bushnell has made no secret of the fact that she’s moved on from her Bachelor breakup with fellow reality star Ben Higgins. The 27-year-old’s new man, Devin Antin, made his debut on her Instagram account earlier this month, and she hasn’t exactly been shy with the affectionate captions.

“Dibs!” she wrote on this adorable shot of the two all dolled up for a night out on the town.

Higgins however, has been having a much rougher go of things in the wake of their split. “It would be really hard for me… right now to kiss anybody,” he admitted on his Almost Famous podcast.

He opened up even further to US Weekly, sharing his feelings on his former flame’s newfound love. “From what I understand and from what I hear, she’s happy,” he concedes. “As hard as that is for me to think about — because it is still hard to think about, and I think it would be hard for her to think about if I was in that situation.”

He told the outlet that being happy for his ex-girlfriend is something he’s actively striving to do. “I was on a run a few weeks back. I was praying the whole time. Life was catching up with me. There was a lot going on. I was just praying like, ‘God, please clear some things up. Release some burdens or release some anxiety. I just stopped and thought, ‘If you’re the man you claim to be, which I’m not always, then you need to celebrate Lauren being happy and you need to do that well and you need to mean it when you say it…. She really does deserve something great and I hope she’s found it.” Awwww!

As for his own dating life, Higgins says he’s not quite there yet. “I’m not ready to date,” he said. “It still feels weird to me.” Guess we won’t be seeing him as the next Bachelor anytime soon…Then again… “I do desire a relationship. I do long for a commitment,” he shared. “I do long to love somebody really well and really hard and… I’m ready to find that. I’m not closed off to that.”

Do you relate to Ben’s struggles? Tell us over @BritandCo.

Nicole Briese
Nicole is the weekend editor for Brit + Co who loves bringing you all the latest buzz. When she's not busy typing away into the wee hours, you can usually find her canoodling with her fur babies, rooting around in a bookstore, or rocking out at a concert of some sort (Guns N' Roses forever!). Check out all her latest musings and past work at nicolebjean.com.
Celebrity Breakups
Celebrity News
Celebrity Breakups Celebrity Couples the bachelor