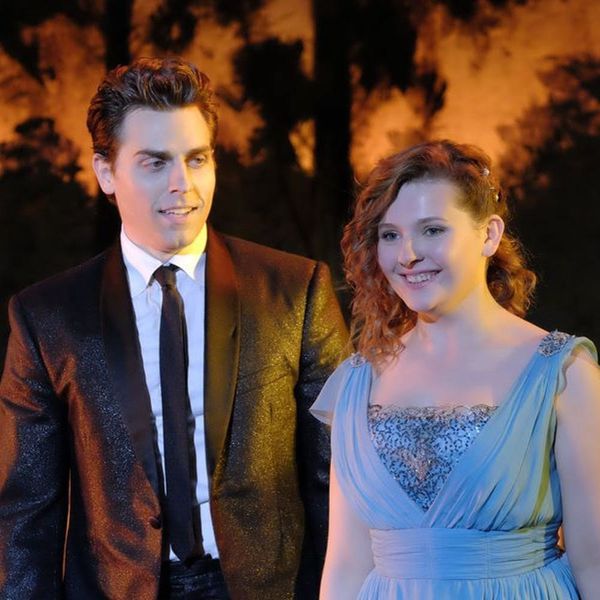 There were plenty of reasons why fans felt personally offended by ABC’s Dirty Dancing remake, and boy-oh-boy did they ever let their LIT opinions be known. Between Baby’s dancing and the complete lack of chemistry within the cast, it was pretty darn cringe-worthy for plenty of reasons. And that includes the many ways the remake attempted to take the tale further and differ from the classic story.

First, there was a handful of minor changes that didn’t alter the overall story in any real way, but were still totally noticeable to hardcore fans. The entire agreement between Baby and Johnny was slightly changed so that the more experienced male dancer offered Baby lessons in exchange for her help. And not only does Johnny insist on paying Dr. Houseman back for his services in the end, but the good doc demands that the creepo Robbie give Penny money to cover her abortion.

There were a few other little changes too, like Baby jumping off the dock for the famous water lift (what was that about?!) and the fact that Vivian was divorced and not having a sneaky, cheat-y affair with Johnny, while also forming a friendship with Baby’s mom, Marjorie Houseman (played by Debra Messing).

But one minor change brought about one of the bigger deviations in the story: the fact that Majorie was given more of a storyline. By giving her character more depth, we watched as the unhappy housewife considered a divorce, telling her husband, “I’d rather be alone than lonely.” Whoa. While the two manage to reach a happy ending, it was certainly something that didn’t play out in the original film.

Another relationship that was handled completely differently was the one with Baby’s sister Lisa and the aforementioned creepazoid, Robbie. While the classic movie saw Lisa contemplating losing her virginity to the seemingly perfect yet IRL arse, the new version ditched Robbie in favor of an interracial crush between Lisa and Marco, a musician in the in-house band who teaches the Houseman sibling how to play the ukulele. Cute! While it was one of the twists we’d been told about beforehand, their scenes helped to bring about the next change: more music.

While there were plenty of beloved tunes in the original movie, the cast themselves didn’t burst into song (other than Baby and Johnny’s adorable lip-synching and Lisa’s vicious Hawaiian-themed nightmare, natch). The remake changed that with Katey Sagal taking on “Fever” (perfect for the sexy Vivian), as well as Debra Messing surprising fans by belting out “They Can’t Take That Away.” When the two main characters started singing “I’ve Had the Time of My Life,” there really wasn’t much more to say about this cringey remake.

Or so we thought!

That’s when the remake knocked us over with the biggest change of all: The Ending.

Taking us past that blissful summer, 12 years down the road, we see Baby watching Dirty Dancing on Broadway in 1975. Johnny has choreographed the show based on the book Baby wrote about their summer love (yep, this definitely sounds more like a daydream we all had as preteens when contemplating the characters’ futures, not an actually Hollywood-like production!). While there’s still a spark between them (or so we’re supposed to believe), that’s right when Baby’s daughter and husband, Charlie, come in, making it clear that Johnny and Baby didn’t end up together. Boo! That may be a realistic take on the story *if* it were to continue, but maybe that’s exactly why the original movie ended when and where it did.

While it’s clear ABC was attempting a fresh take on the beloved story, it seems like this is a clear example of how things shouldn’t be redone when they managed to reach perfection the first time around.

What do you think about the changes that were made in the Dirty Dancing remake? Let us know @BritandCo!