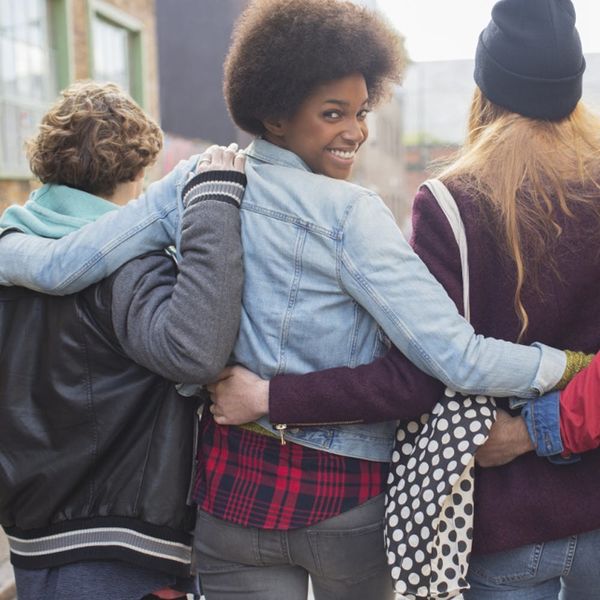 How up to date is your list of Hollywood big shots who’ve been accused of sexual assault or misconduct? From Allen (no relation) to C.K. to Spacey to Weinstein, so many men have been named that alphabetically seems as good a way as any to organize them. But while the recent tidal wave of media coverage surrounding the entertainment industry might make it seem like sexual violence is a Hollywood problem, in reality, it’s a mere microcosm of what’s actually going on.

According to recent statistics, young people between the ages of 18 and 34 are the group most at risk of becoming victims of sexual violence. Female college-age students, who fall squarely into that demographic, are at an even higher risk. 23.1 percent experience “rape or sexual assault through physical force, violence, or incapacitation.” But the problem on campus is not simply that assault occurs; it’s also the way that it is dealt with, both by colleges themselves and in the courts. Too often, colleges attempt to contend with serious, criminal accusations of rape and assault internally to protect their reputations. Sometimes a survivor is told, directly or indirectly, that her right to feel safe on campus carries less weight than her attacker’s right to compete in varsity sports. And when a case of campus assault actually does make it to litigation, the sentence a perpetrator receives can be shorter than the time spent arguing the case in court. Considering the way sexual violence on campus is handled, it’s shocking that any survivor would be willing to come forward.

That’s one thing that the recent news out of Hollywood might change. Famous women opting to share their stories is important in a couple of ways: Because they’ve come forward in such large numbers it’s incredibly difficult, if not impossible, to deny their allegations. That’s worked to shift the conversation about sexual violence and tip the scales of empathy toward survivors. It’s also a big deal for other survivors to know they’re not alone in their experience of sexual violence.

Still, there’s a problem with optics. Based on the group that’s speaking out, you’d think that the majority of people who are sexually assaulted or harassed are white, straight, cis-gender, and rich.

“A lot of people are saying ‘Me too’ but we need to think about the types of people who have that platform and are being supported,” says End Rape On Campus Executive Director, Annie Clark. “People who are overrepresented [among survivors of sexual assault] are women of color and trans women. Those are voices that are still being shut out of the public conversations surrounding this. It’s incredible that you have all these people coming forward and other people saying ‘I believe you.’ That shows huge solidarity. We definitely are getting better as a society, but we have much, much further to go.”

Clark advocates for media coverage that focuses not only on famous names, but looks at the way our culture treats women and girls. “Reporters have got to look at sexual harassment and assault not episodically but systematically across industries, across institutions. We can’t separate what’s happening on campus from Hollywood, and we can’t separate that from the Catholic church, or from the military. I think the next thing that needs to happen is that when reporters are talking about this, they’re connecting all of those spots.”

One obvious connection between all these institutions? A serious imbalance in power. Actors rely on producers and directors for good roles, students rely on professors for grades, guidance, and (if they’re hoping to pursue a career in academics) advancement.

“Sexual harassment can have a devastating effect on advancement,” says Ian Bradley-Perrin, a PhD Candidate at Columbia University and a member of the Graduate Workers Bargaining Committee. “Graduate students are the lowest rung of the university business and most consider academia as a career path. Students are generally committed to working with one primary advisor or one primary investigator in a lab, and so often reports of sexual harassment come from this very relationship. Like the entertainment industry, popular conceptions of academia tend to mitigate these reports with a romanticized version of what these situations are (like the teacher-student relationship in pop culture), but at its base academia, like entertainment, is a workplace.”

“Continuing to romanticize certain workplaces and certain workplace relationships,” explains Bradley-Perrin, “validates and justifies the behavior we’re seeing on the news today and that students are rallying against through unionization. Keeping women down and keeping women out have been two of the tenets of workplace sexism since women entered the industrial workforce and sexual harassment and assault are the red line tying today’s news with that history.”

The missing piece in terms of addressing the problem of sexual violence both on campus and off is accountability. “Right now there is more to lose in coming forward than there is for actually sexually assaulting someone,” says Clark. “That’s a policy solution; it’s also a cultural one. Schools and institutions need to have protections against retaliation. Those need to be specifically laid out and they need to be enforced. There’s no accountability. That’s another thing with the recent Harvey Weinstein scandal, but also with Bill Cosby, with Woody Allen, with all of these cases — we’re all very aware. There’s no awareness problem, there’s an accountability problem.”

Clark shares a story about Julia, a client at EROC. She came forward with an allegation of sexual assault and requested that her college act on it according to the terms laid out in their sexual misconduct policy, only to find out that the resources that were promised to campus survivors of assault didn’t exist. That’s because the school had plagiarized its policy from another college without actually putting those practices into place.

“Best practices,” says Clark, “are only best when they’re practiced.”

Currently, we’re laying too much responsibility at the feet of survivors. Women like Rose McGowan, Annabella Sciorra, Angelina Jolie, Cara Delevingne, and many (many) more are brave to come forward, but most survivors don’t have the support and resources that are available to these women. The onus shouldn’t be on them, but on the perpetrators of sexual assault and on the institutions that allow them to continue to abuse people without consequence.

“We tell the survivors that we work with that they should not have to come forward and report if they don’t want to,” Clark says. “Some people want to, and that’s great. Some people don’t want to, and that’s great. The question we should be asking isn’t ‘Why aren’t more people coming forward?’ it’s ‘Why are people continuing to commit sexual assault?’”

Corrina Allen
Corrina Allen is a film + television + travel writer from Toronto. Her journalistic goals include a backstage interview with David Byrne, the fictional character she identifies most closely with is John Wick, and her favorite dead person is Vladimir Nabokov. She never, ever Instagrams photos of her food (just her dog).
Empowerment