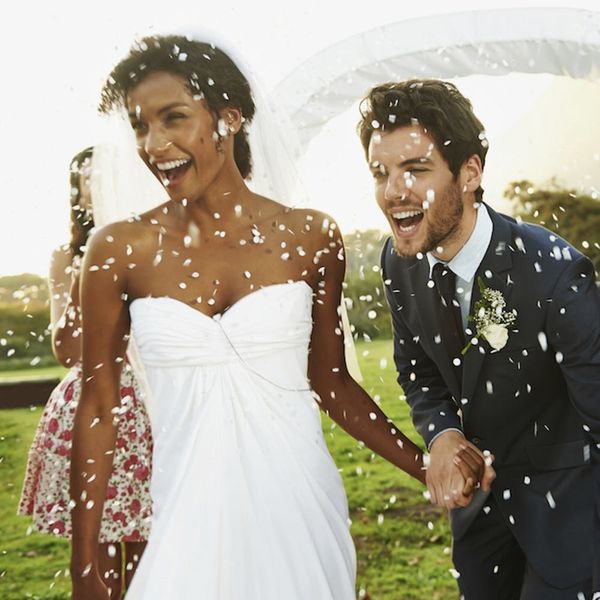 You’ve watched more episodes of Say Yes to the Dress than you can count. You’ve read every single wedding magazine known to mankind in an effort to become an expert on all of the hottest summer wedding trends (maybe you’ve even decided on an unplugged ceremony á la Mary-Kate Olsen?) But no matter how much effort you’ve put into planning your vows and reception, we all know the biggest task is actually finding thewedding dress of your dreams.

Unfortunately, it seems that retailers are also in touch with this fact — and they may be using it to take advantage of brides on their big day. According to Business Insider, a study carried out by research company Edited revealed that gowns marked as being “bridal” cost about 3.9 times more than nearly identical white dresses without the same label.

Are they reeeeally the same dress, though? Designer Anne Barge, who has her own line in addition to working for Badgley Mischka, told NPR that there’s a very good reason behind the price difference. “It’s not just a white dress,” she explained. “It’s the fabric, and it’s the workmanship, and it’s the lining, and it’s the fit.” A valid point, to be sure.

The cost difference will also affect your bridal party, however, despite the fact that the craftsmanship on bridesmaid dresses is oftentimes less complex. The aforementioned study also found that frocks being sold as “bridesmaid” were marked up 1.8 times when compared to similar styles.

While it’s ultimately your choice as to whether the craftsmanship is more important to you than the cost, or if there’s a big enough difference to note, it’s definitely some good food for thought!

Would you buy a non-bridal wedding gown? Tweet us @BritandCo.