Here’s Why Kylie Jenner Will Soon Be Headed to Court 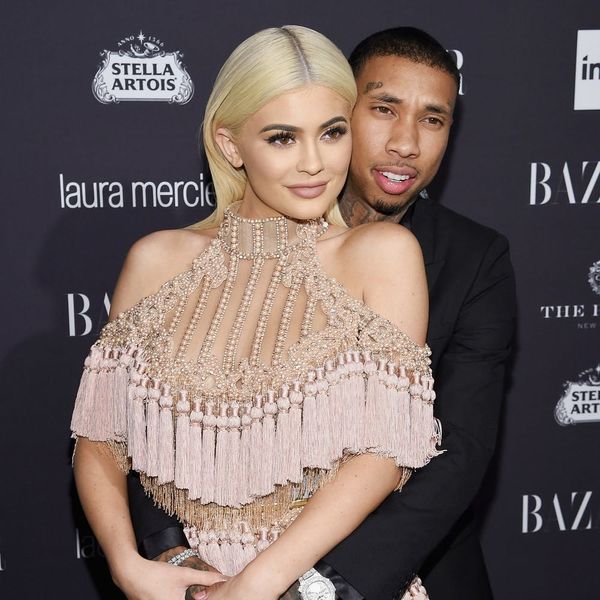 Ah, young love — the butterflies, the romance… the court-ordered questioning over your partner’s finances — wait, what?

Such is the epic love story that is Kylie Jenner and rapper beau Tyga’s current situation.

Apparently, it isn’t exactly cheap to live like the power couple (have you SEEN the car he bought her for her 19th birthday?), and in a separate lawsuit from the one we previously reported on, which saw Tyga’s former landlord going after him for a $480,000 judgment (since settled for an undisclosed amount), and another one involving $186,000 in unpaid rent to a different landlord (which he was ordered to pay), Tyga is now due in court for an unpaid $200,000 watch and chain purchased in 2013.

Though the couple is not married, Kylie Jenner has also been ordered to appear alongside him prior to October 6, thanks to the frequent and expensive gifts she’s received from the rapper and the fact that they reportedly “share funds.”

With a promise of bench warrants being issued for both parties should either fail to appear, it’s unlikely she’ll skip out on the questioning.

A source tells E! that the jeweler’s team hopes to ultimately receive payment from Kylie. “Going after the Kardashians is the only way he’ll get what he is owed,” the source says, adding, “Kylie is really upset about it.”

Do you think it’s fair to involve Kylie in Tyga’s financial troubles? Share with us over @BritandCo!

Nicole Briese
Nicole is the weekend editor for Brit + Co who loves bringing you all the latest buzz. When she's not busy typing away into the wee hours, you can usually find her canoodling with her fur babies, rooting around in a bookstore, or rocking out at a concert of some sort (Guns N' Roses forever!). Check out all her latest musings and past work at nicolebjean.com.
Celebrity Couples
Celebrity News
Celebrity Couples Kardashians love money
More From Celebrity News