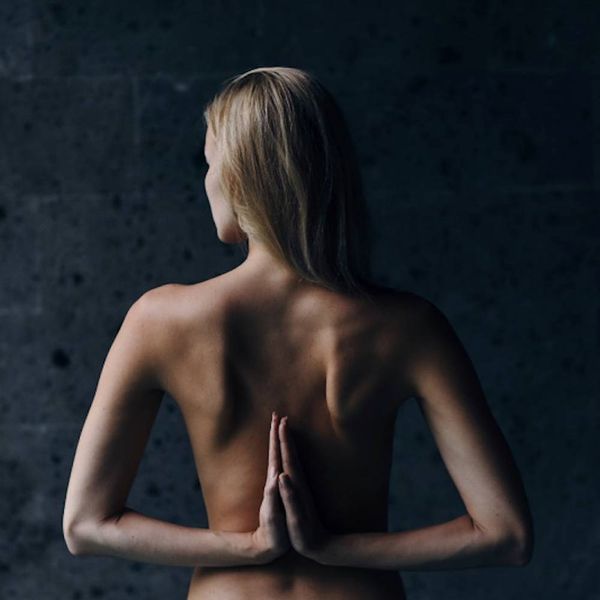 Instagram has become a popular medium in the body positivity movement. From Hip Dips to Don’t Hate the Shake, the photo-sharing app has enabled people to find communities and share their struggles and triumphs, all thanks to the humble hashtag. And now, thanks to an Instagrammer who goes by Nude Yoga Girl, hundreds of women (and men!) have taken sharing photos of themselves doing yoga… in the nude. The reason? To remind us all to embrace and celebrate our bodies exactly as they are.

Sometimes mistakes turn to be good ones even if we don't try to see any positives in it. ❤ Little example. I forgot thr keys inside my home today. So I couldn't get back in before my boyfriend arrived from work which was many hours later. As a result I needed to change my plans for the day. First I was a bit sad because I couldn't go to yoga class (because I didn't have the clothes with me) etc.. But I had plenty of time to walk around my new home area. I found nice (and useful) places which would otherwise take maybe many weeks to find. So at the end this little mistake made me happy. 😊 ❤ Sometimes it's just good to break routines and plans. I think our mind stricts ourselves to familiar things. When there is space for positive surprises, they can happen or something great can be found. ❤️

Nude Yoga Girl first became an Instagram sensation back in 2015. The anonymous (she goes by NYG) photographer and model’s artistic self-portraits capture her pulling off tough yoga moves while, you guessed it, totally nakey. Her captions focus on positivity and self-acceptance, something that NYG thinks has been the driving force in the enduring popularity of her photos and her practice.

“I try to be as honest and genuine as possible with my followers,” she tells Brit + Co by email. “I also try to think creatively to bring something new to them all the time. Being anonymous makes it easier to write about life, body issues, etc. in a very personal way. And I think a lot of people can therefore [relate to] my captions.”

I like that I can take the photo myself this way and share it with you whenever I feel like it. By using mirrors! It's not going to be only yoga but different kind of things too... I have some ideas on my mind. 😉 #alwaysnude (ps. If you are wondering... everything is good between me and my boyfriend! ❤😊)

The #NYGYoga hashtag has recently gained new momentum: More than 800 people in various states of pose and undress and of every body type have shared photos, all in the name of promoting diversity. By keeping herself anonymous, NYG inspires people to focus on the message and on themselves.

“Yoga is all about how you feel on the inside and not how you look on the outside,” NYG reminds us. “It’s about the connection between body, mind and soul. That’s empowering to me.”

Which one of these photos do you like the most? 😊 (1-top left and 9-bottom right)

NYG says that, somewhat surprisingly, she very rarely gets negative comments — a relative rarity for a woman claiming her space on the internet. Instead, a quick look at some of the captions from #NYGyoga participants show an appreciation for being guided outside of their comfort zones, and for being offered a chance to explore both their inner and outer strength.

“When I started posting my photos I was nervous and scared about what people might think, if they would understand my art,” NYG says. “But when I interact with my followers, how similar we all are around the world no matter our age, gender, body shape or form — we all can struggle to love ourselves fully.”

Would you participate in the #NYGyoga hashtag? Let us know @BritandCo!