Why You Should Consider Eating GMO Pink “Rose” Pineapples 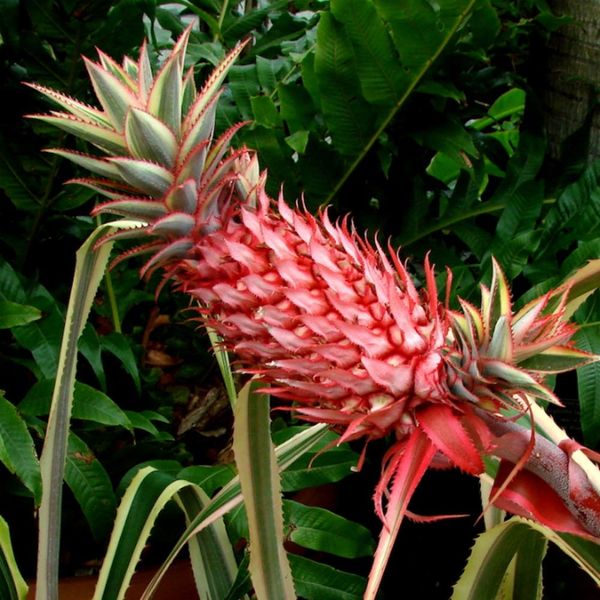 It is quite possible that rose gold everything has officially gone too far. While rose gold has been having a very long moment, in everything from clothing and accessories to computers and nail polish, fruit farming giant Del Monte announced this week that the Federal Drug Administration has given it the go-ahead to produce their genetically modified pineapples for mass market. These pineapples have pink colored flesh as opposed to standard-issue yellow fleshed pineapples, but this may not be as bad as you would think.

The announcement is pushing pink fleshed pineapples one step closer to your grocery store, but with so much talk of what GMOs can do in a negative sense, why should we be cautiously excited about a pink pineapple? Well, during the growing process, pineapples take lycopene, which is the chemical that causes tomatoes to be red, and converts to beta carotene, turning the fruit yellow. Scientists have stopped that conversion, keeping the lycopene intact in the fruit, causing the flesh to stay a pinky color as opposed to the bright yellow we’re used to.

Lycopene is a known cancer-fighting chemical, and for those of us who appreciate getting the most from our diets, this boost might actually be a very good thing. Although many are questioning why Del Monte would take the time and spend the money simply to change the color of a fruit for what appears solely to be aesthetic reasons, it doesn’t appear that these genetically modified fruits have any man-made additives which might make you more interested in trying them out for an Instagram-worthy brunch pic.

Pineapple is already used as a popular theme in decorating and clothing, but with the advent of a pink pineapple, we’re suspecting that 2017’s beach look will be pink pineapple everything.

Will you try pink pineapples when they come to market? Let us know @BritandCo!