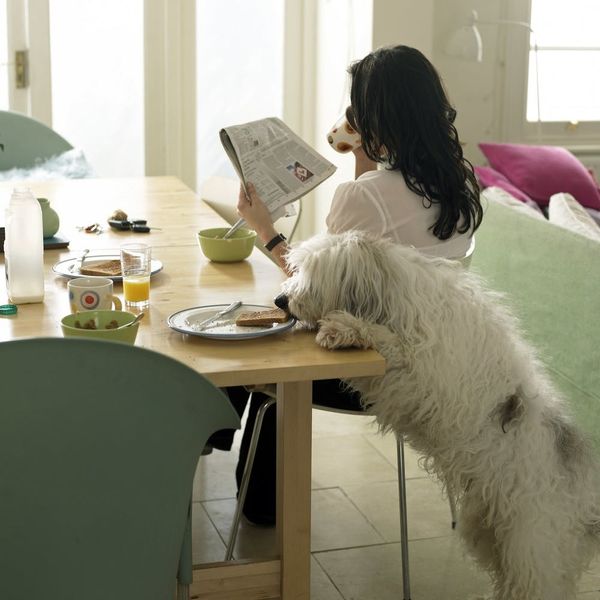 The alarm clock goes off and you roll over to hit snooze. Or maybe you jump straight out of bed and lace up your running shoes (because you slept in your workout clothes, of course) so you can head out the door for an early-morning run. Or maybe you throw your phone across the room in frustration, then lay back and cross your fingers that your body will naturally wake itself up while you still have plenty of time to get dressed without being late for work. This single moment alone can play out in a multitude of ways, and that’s just the first step of your morning. The parts of your daily routine that follow are equally unique to you — and you probably don’t even realize it, because it’s just so… well, routine!

A new collaboration between Joseph Gordon-Levitt’s Emmy Award-winning online production company HITRECORD and publishing platform Medium will shine a spotlight on the diversity of ways in which people spend their early mornings. “On Mornings” will feature six collaboratively written non-fiction, first-person stories accompanied with an audio track featuring voiceover artists and music. HITRECORD began accepting contributions for the project on November 1, and the collaborative writing process will continue through December.

“What we’re really looking for in terms of the storytelling is vivid, detailed writing,” says Evyn Williams, the resident director and editor of On Mornings. “We want these stories to really bring us into the morning with you. We want to hear the details of what you do and why you do it.”

Where did those chips on your favorite coffee mug come from? Why do you eat your cereal out of a certain bowl? When do you usually leave the house — and when do you actually need to leave the house? These are the details that Williams and her team are looking for — but they want you to get into the nittiest, grittiest minutiae.

You're all invited to join me & @medium to collaborate on one of our biggest writing projects yet: https://t.co/9XgeptR9ry pic.twitter.com/M3uNRm5VPn

So, why morning routines? Williams says HITRECORD considered a variety of topics as themes for this storytelling project. Ultimately, they chose to focus on mornings because of what our individual daily habits reveal about the human experience and our personal vulnerability.

“Revealing these small truths that I think inhabit our mornings is really interesting,” Williams says. “Because they’re so personal to people and maybe from the outside seem a little mundane, they’re inherently mysterious. Why we do the things that we do in that period of time is something that’s very private, and I think hearing about those private details and understanding how these things aren’t necessarily mundane but actually part of who you are is really fascinating.”

Williams will review writing contributed to the project and look for overlaps in content that will allow for multiple stories to be compiled into single articles for the site. All artists involved in the final series will be compensated for their work, as well. The final product, Williams says, will hopefully create a sense of connection between readers.

“I hope that people will take away a little bit of feeling seen, perhaps,” she tells us. “So much in life, we’re so concerned with the huge things that are very important, but I think tiny things [like our morning routines] don’t have to be trivial. These small pieces of who we are, these little patches of our humanity are really important and beautiful. You don’t often get the time to luxuriate in them.”

If On Mornings sounds cool to you and you’re interested in contributing, check out all the guidelines and details on the project’s Web site.

Alli Hoff Kosik
Alli Hoff Kosik is a freelance writer who is passionate about reading, running, rainbow sprinkles, her lipstick collection, watching embarrassing reality TV, and drinking pink wine. She lives in Brooklyn with her husband and (in her dreams, at least) three golden retriever puppies. Listen to her talk books on The SSR Podcast.
Healthy Living
Creativity
Healthy Living
More From Creativity