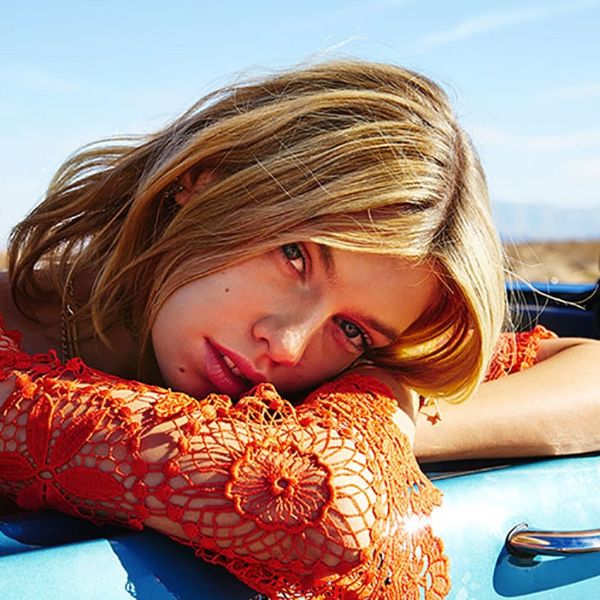 H&M has had a pretty serious relationship with the Coachella Valley Arts and Music Festival for some time now. For six years, to be exact, it has sponsored the Indio, California-based fest, and not once has it dropped the L word — until now. The official declaration came with the announcement that the fast-fashion chain is launching a Coachella-branded clothing line called H&M Loves Coachella, a move that most of the Internet agrees was a long time coming. Way to finally make the move, H&M.

Dropping in select stores on March 19 and worldwide + on hm.com on March 26, (the latter just weeks before the two-weekend long festival opens its grounds), the collection of clothes and accessories for both men and women are primed for rocking out in the desert sun. Of course, the breathable pieces will be unflinchingly bohemian-inspired, with tunics, lace tops, cut offs and wide-legged pants among the offerings for boho babes, and graphic tees and shorts for dudes. Prices will range from $4.95-$49.95, so you wont feel too bad after you go crazy on fringe everything. H&M will also be setting up a booth inside the festival in case you need to step up your style game once you see the predictably too-cool, celebrity-filled crowd. We just hope they stock up on enough flower crowns.

What styles are you hoping to see from H&M? What are your can’t-live-without festival-inspired pieces? Tell us in the comments below.