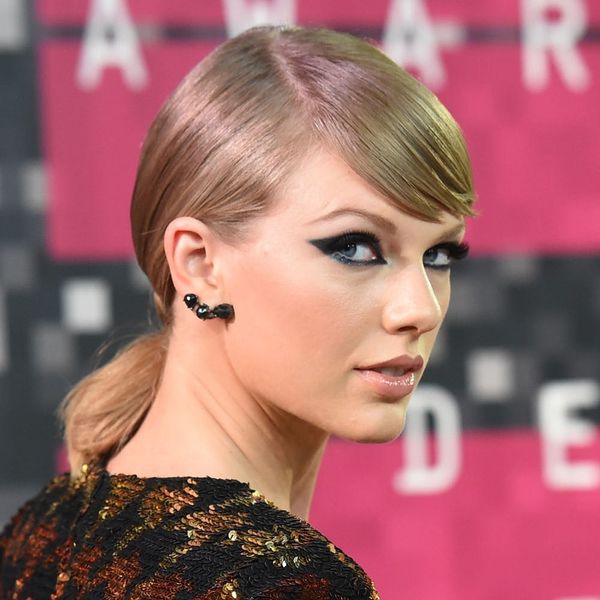 Sorry, Sheryl! While “leaning in” is all the rage, there may be a time to actually lean out. Case and point: Taylor Swift. The singer songwriter has been touring, singing, promoting and telling us all to “Shake It Off” non-stop since her 1989 album dropped in October of last year. And while it’s been hugely fun, and an amazing career boost, T. Swift revealed that she’s thinking about hanging up her sequin fringe rompers and sky-high heels for some much-needed time off.

In her latest cover story with NME, she said, “I think I should take some time off. I think people might need a break from me. I’m going to… I don’t know. Hang out with my friends. Write new music. Maybe not write new music. I don’t know.” Now before you panic and pull out your Sharpies to craft the ultimate “Taylor, Don’t Go!” poster, take a second to remember that we all need some R+R after a major work milestone. And Tay-Tay is no different.

C’mon. 1989 debuted at No. 1 on the Billboard 200, sold over a million copies in its first week and went on to become the best-selling album of 2014 in the U.S. She has fought for artists’ rights (chin-checking Apple Music in the process), supported her mother, Andrea, while she dealt with cancer, performed from Japan to Ireland to Australia, and even rocked out with Paul McCartney on SNL. I think she’s earned some time off.

But it’s really not about “earning,” is it? Swift contemplating a hiatus from music is a reminder about the importance of self-care and the dangers of burnout. Taking time away from the office — either a quickie vacation or a much-needed sabbatical — may be just what you need to not only emerge refreshed, but to also reconnect with your passion and purpose. In order to have the career you’ve always dreamed of and the life you’ve always wanted, turning off and leaning out are important steps to consider. “It’s not about trying to be perfect,” Swift reminds us all. “I really do want to do good things with what I have, and that’s it.”

Have you ever taken a break to prevent burnout? Tell us about it in the comments below.