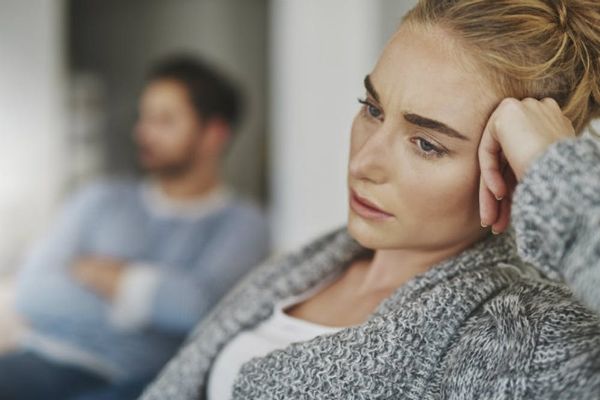 Not every workplace relationship ends well. (We blame Parks and Recreation for our unrealistic expectations.) And not every besties-turned-baes scenario does either. (That one’s on Chandler and Monica.) Despite knowing this, we can’t resist these kinds of risky relationships when they present themselves to us. And though they’re fun while they last, these breakups can be particularly brutal because we still have to see the person all the time after the relationship ends. We spoke with April Masini, a relationship and etiquette expert who runs her own relationship advice forum, about what the coping process looks like under these circumstances.

Masini makes it clear that separation is essential after any breakup in order for both people to “individuate,” or rediscover their individuality. “The separation period is profound and different for each couple, depending on the relationship,” Masini says. For example, couples who were in a long-term relationship and developed a codependency tend to struggle through the split more than couples who remained independent during their time together. Long-distance couples find this time of separation especially confusing, as they have always technically been “separated.” With no real observable change in the amount of time spent together, these couples may continue to feel connected and committed to their ex long after their breakup.

For those exes who are neighbors, colleagues, or friends, separation might not even be feasible, and this can cause complications. “If you don’t separate from your ex and still see them throughout the breakup, your breakup may take longer to process and both people may take longer to feel truly single again,” Masini remarks. A lack of physical disconnection can disable the exes from emotionally disconnecting, which slows efforts to move on.

What’s more, being around your ex while actively attempting to move on can still negatively affect you, especially if it’s not going well. “Having your ex see you struggle with re-entry into the dating world can be debilitating and it can slow or stunt the moving-on process, which happens more naturally when you’re broken up and separated,” Masini comments.

If separation is impossible for you and your ex, Masini suggests using these strategies:

1. Disconnect digitally. Social media has a way of making you feel connected to a person even when they’re miles away. “Stop following and unfriend your ex on social media,” Masini says. “Even if you still see each other in person, it’s one less entanglement.” An ex-free feed is the easiest and most practical way to speed up the moving-on process.

2. Part financially. Businesses, bank accounts, belongings — sharing any of these things with your ex will only complicate the separation process, so address them as soon as you can. Masini suggests withdrawing your portion of the money in an account and creating your own or closing the account altogether. Similarly, assets should be divvied up or sold.

3. Branch out socially. Masini says making new friends post-breakup can be liberating and healthy, but it’s also an incentive to pursue untapped interests, such as volunteering or learning a foreign language. “It’s easier to see your ex when you have this new part of your new life to yourself,” Masini explains. So, this technique works twofold — you’ll have less time to spend with your ex and you’ll feel less insecure when they are around.

Masini emphasizes that the concept of moving on is “very subjective” and varies from person to person, meaning these measures might be totally unnecessary for some. According to her, people can go years without seeing or speaking to their ex yet continue to allow them to consume their thoughts and actions daily. Others remain in close contact with their exes and successfully date other people. It’s all about doing what’s best for you.

Been in this sitch? Tweet us how you moved on @BritandCo!

Annamarie Higley
Annamarie is a Californian who's been plopped in the middle of Missouri for her undergraduate studies in magazine journalism. She's a hiker, an eater, a lover of words. In her opinion, nothing beats a well-made breakfast sammy or a well-crafted sentence.
Dating
Relationships
Dating Relationship Advice Self
More From Relationships