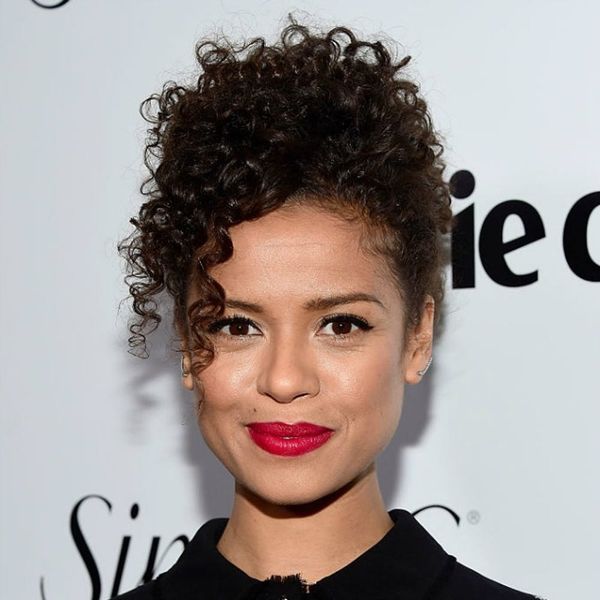 Ever want to shave your head one day and grow it down to your waist the next? Us too. But unless you have all the resources in the world at your fingertips, it can be tough to pull off hair switcheroos in a flash. With A-list stylists at their fingertips and money in the bank, it’s so easy for celebs to change their hair in an instant. Between wigs, weaves and loads of attention on their natural locks, it has never been easier to keep the public guessing with their looks that are pure #hairgoals. While we might not all have that luxury, a girl can dream. Scroll through these iconic celebrity hairstyles for some Halloween inspiration and try guessing whether it’s a wig, weave or natural.

1. Zendaya: Zendaya started out as a Disney darling who usually stuck with straight, relaxed styles. As she grew into an actress, musician and style icon, her hairstyles became more varied and experimental. Debuting one of her most iconic looks at the Met Gala this year, she stunned us all with a bowl-cut wig. We didn’t think anyone was capable of looking good in a bowl cut, but our girl Z pulls it off. (Photo via Dimitrios Kambouris/Getty)

2. Beyoncé: As a teen in Destiny’s Child, Beyonce wore her hair in relaxed and straightened ‘dos. Now, Queen Bey is constantly changing up her look with weaves. Recently, she’s been favoring a bronde, middle-parted style with major volume. Bey’s look is making us consider skipping the ponytail altogether and embracing our natural texture the next time we wake up with bed head. When she’s not rocking this look, she’s given us a glimpse of a cropped, relaxed pixie cut, a beachy bob and bone-straight strands. No need to call Becky with the good hair. (Photo via Jason Miller/Getty)

3. Katy Perry: The pop star loves to mix it up with wigs. During the “Teenage Dream” era of her career, Katy Kat showcased her extensive collection of colorful wigs and pieces. She wore this bright, retro blue style at the Kids’ Choice Awards before getting slimed onstage. As of late, she’s been wearing more natural-looking tresses in jet black. In terms of length, Katy has worn everything from a cropped bob to waist-length weaves. We hope she’ll pull out some of her more daring looks again soon. (Photo via Kevin Winter/Getty)

4. Britney Spears: Britney’s long blonde hair is as iconic to her as her hit song “Toxic.” She’s rocked the same look for the majority of her career (except for that 2007 shaved head incident, but we won’t get into that). What you might not know is that some of her most iconic styles have been created using weave. (Photo via Jamie McCarthy/Getty)

5. Kylie Jenner: Queen Kylie is slowly becoming our favorite member of the Kardashian-Jenner crew. As the youngest member of the reality show family, she sported long, jet-black straight hair before starting to experiment with different styles in her teens. She was thought to be taking after big sister Kim for quite some time, but has now officially established herself as a style icon in her own right. Constantly donning wigs in various shades, lengths and colors, Kylie won’t shy away from any style, no matter how risky. (Photo via Ari Perilstein/Getty)

6. Sia: If one thing is clear about this hit-maker, it’s that she prefers to keep her identity private. Little is known about Sia, even when it comes to what her hair and face look like. She keeps things ambiguous and mysterious, and we rather like it. For now, her go-to wig is a black and white banged bob that covers her face when she performs. You do you, Sia. (Photo via Frederick M. Brown/Getty)

7. Viola Davis: As an actress, you need to be able to change up your look at the drop of a hat, and Viola does this so well. When she’s in films, Viola tends to favor wigs and weaves. But offscreen, the actress is part of #TeamNatural. From her wigged look in The Help to her popping red-brown fro, Viola’s versatility and willingness to try new things makes her not only an awesome actress, but also a style maven. (Photo via Mike Windle/Getty)

8. Rihanna: Bad Gal Ri Ri might have one style today, but you bet your bottom dollar it will be different tomorrow. Her debut on the music scene included long relaxed styles and honey-colored locks. She’s done it all: wigs, weaves and natural hair. One of our personal favorites? Her recent jet black bob wig, though admittedly, it’s hard to choose. (Photo via David Becker/Getty)

9. Katie Holmes: Katie Holmes was well known for her dark brown bob in the late ’90s, before she grew out her chestnut-colored hair. Last year, she was spotted rocking the style that made her famous again. You might not think of Katie Holmes as a wig-wearer, but like many in Hollywood, she fools us with the occasional piece. Her 2015 Met Gala look may have been an homage to her early 2000s chin-length bob, but it was also a wig. The more you know. (Photo via Dimitrios Kambouris/Getty)

10. Gugu Mbatha-Raw: If you don’t already know this up-and-coming actress, you will soon. The natural-haired beauty regularly rocks her born-with-it curls on the red carpet and in films. She occasionally dons a wig or straightens her tresses when she’s filming, but usually keeps her hair curly. Check out her movie Belle for a seriously heartbreaking story about race, love and family — and for some natural hair inspiration. (Photo by Frazer Harrison/Getty)

11. Gwen Stefani: Gwen’s always favored the crazy and the bold when it comes to hair. Her bleach-blonde color is iconic in itself, but lately she’s been rocking a skunk-style ‘do with black tips. It’s very ’90s, as one would expect from the queen of No Doubt. She’s also not one to shy away from using wigs and extensions. We love this ponytail extension she wore to a recent red carpet appearance. (Photo via Alberto E. Rodriguez/Getty)

12. Miley Cyrus: Oh, Miley. There’s so much to say about her hair transformation. Starting her career as a teen on Disney Channel, Miley wore her hair in long auburn wavy and straight styles. She shocked Hannah Montana fans when she debuted a completely new and slightly bizarre image back in 2013 after dyeing her hair a bleach blonde and chopping it off. Can we all have a moment of silence for that “Blurred Lines” VMA performance with Robin Thicke? Regardless of what you think of her now, she’s done an outstanding job of establishing a style that is uniquely her own. (Photo by Jemal Countess/Getty)

13. Lady Gaga: Surprisingly, the queen of eccentric styles is becoming more conservative with her hair game as the years go by. Lady Gaga grabbed our attention back in 2009 with her bold music videos, killer style and that VMA meat dress (remember that?). What’s crazier than all of those things is how much her style has evolved. Whether she’s rocking major volume with her platinum strands or sporting Old Hollywood waves, Gaga is usually wearing a next-level wig. (Photo via Neilson Barnard/Getty)

14. Taylor Swift: Taylor has been going through a constant style metamorphosis since the start of her career. She made her way into our hearts with long dirty blonde ringlets, some of which were extensions back in her Teardrops on My Guitar days. She’s since ditched the ringlets for straight styles and gone punk rock with a bleach blond bob. Regardless, Taylor will always be the reigning queen of the sweet ringlet look. (Photo via Jemal Countess/Getty)

15. Alicia Keys: Alicia Keys started out her music career sporting braids, but she’s made some major style changes this past year after announcing that she’d be going completely natural and makeup free. Lately, she’s been spotted wearing her naturally curly hair in dramatic updos with scarves and beautifully intricate hair jewelry. (Photo via Matthias Hangst/Getty)