IKEA Is Helping Refugees in This Unique Way 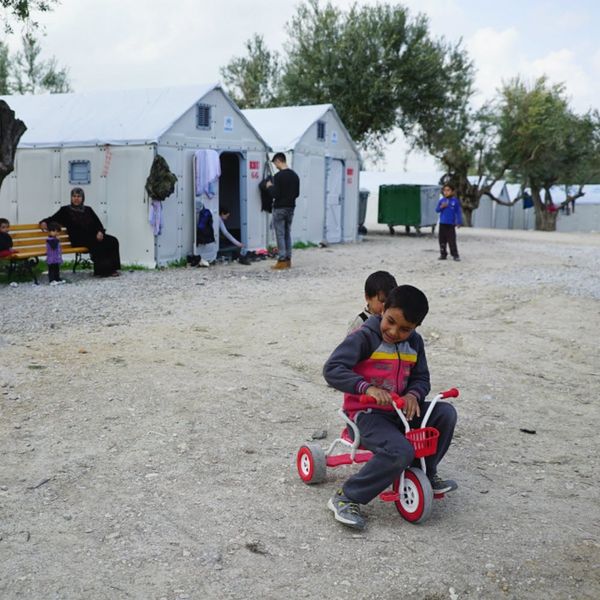 Just a few days after President Trump’s sweeping travel ban affecting Muslims, including an Oscar-nominated director, many asked how to help refugees throughout the world to show support. Actor Riz Ahmed took to his Twitter feed to show us how to support refugees through his charity work this weekend, and news today is that IKEA has won a huge design award for their work with the United Nations High Commissioner for Refugees (UNHCR). And their winning design comes flat-packed (obviously).

The Beazly Designs of the Year awards gave IKEA and the UNHCR’s Better Shelter both the Architecture of the Year Award and the highly sought after Design of the Year award. The two-box, flat-packed shelters can be assembled in as little as four hours by four people. It can sleep five comfortably, and can withstand rain and wind well. Each shelter costs $1,150 and lasts for three years.

According to the organization, these shelters are in regular use specifically in refugee camps in Greece. They have dramatically improved the lives of the families there escaping violence in Syria and Iraq. Each shelter has LED lights, a locking door, ventilation and a place to charge your phone. Giving refugees such basic comforts can make a huge difference in their lives post-war, and the aim of Better Shelter is that they have a better life even while waiting to find a new home.

When discussing the award, Better Shelter’s Managing Director Johan Karlsson said, “We accept this award with mixed emotions — while we are pleased that this kind of design is honored, we are aware that it has been developed in response to the humanitarian needs that have arisen as the result of the refugee crisis.”

Have you found a charity you like to support? Tell us about it @BritandCo!

Kat Armstrong
Kat has been a writer, social media maven and mom for longer than she's willing to admit. She's also spent time in front of and behind the camera, interviewing celebs, politicians and acting as a producer for fashion and artistic photography shoots. When she isn't writing for various orgs and publications, she's hanging with her kids, husband and French Bulldog, Peter, in Toronto, Canada.
IKEA
Entertainment
IKEA
More From Entertainment