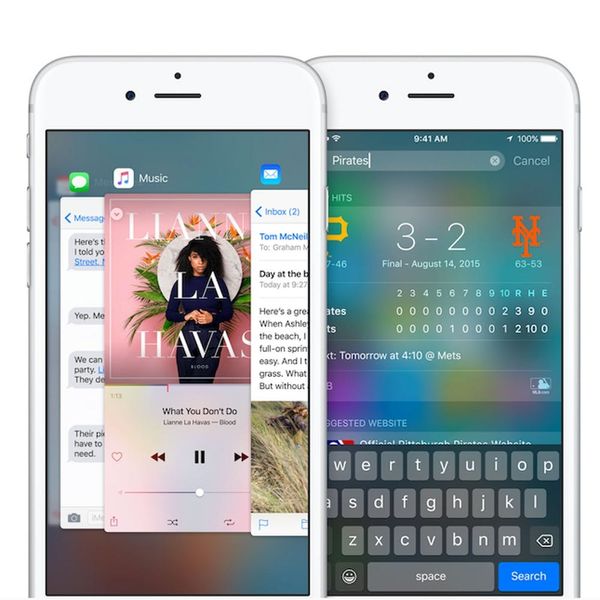 Despite its release being months away (if history repeats itself, that is), the iPhone 7 already has plenty of tongues wagging. We’ve heard rumors that Apple’s flagship handset is going to be waterproof, and that the Cupertino-based co. has some crazy waterproofing patents in place to accomplish that feat. Word on the street also says the iPhone 7 might come with Li-Fi, light-based Internet that is 100 times faster than WiFi. One persistent rumor that isn’t going away, however, is that the new generation of iPhone will come with a borderless and bezel-less foldable OLED screen and, at this point, new reports are basically categorizing these supposed murmurings as certified leaks.

According to Bloomberg, early signs that Apple might be up to something regarding their screens piqued everyone’s interest when Applied Materials, Inc., an equipment, software and service supplier for Apple, placed an order for screen-making equipment that is four times their norm. Yes’m, Apple is up to something BIG, and it’s no surprise that the Silicon Valley giant would pull out all the stops for the 10th anniversary of the iPhone.

OLED, or organic light-emitting diode, screens are nothing new when it comes to smartphones. In fact, Samsung’s Galaxy S7 Edge already sports the gorg, wraparound screen. There’s also lots of pluses when it comes to OLED vs. the iPhone 6S’ LED screens. “OLED screens are thinner because they don’t require a back light. They also represent colors more vividly and are more energy efficient, which may help extend the iPhone’s battery life,” Bloomberg writes.

More battery life AND a sharper display than we’ve ever seen before? Take my money, Apple. Just take it.

Will you be checking out the iPhone 7? Tweet us @BritandCo!