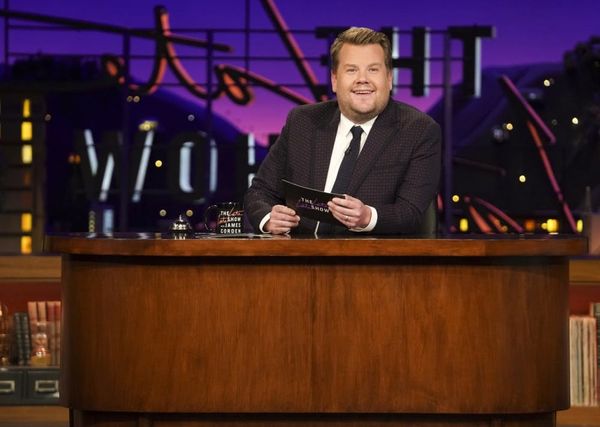 To say that a lot happened in 2018 would be an understatement, but James Corden still managed to fit most major events into a new four-minute year-in-review rap on TheLate Late Show.

“2018 is almost over and I think it’s safe to say 2018 has been a very, very, very… very long year,” Corden said on the Wednesday, December 19, episode of his talk show. “So long that you might have lost track of everything that happened in the past 12 months.”

The comedian then launched into his breathless breakdown of some of the year’s most memorable political moments, starting, perhaps unsurprisingly, with the fact that President Donald Trump’s time in office is nearing the two-year mark. He also made mention of the Brett Kavanaugh hearings, Ruth Bader Ginsburg’s hospitalization, and Trump’s tumultuous administration, which got its own segment(s) later in the song.

Other lines referenced some of the biggest pop culture happenings of the year — everything from the royal wedding, to the yodeling Walmart boy, to Tide Pods, to Priyanka Chopra and Nick Jonas’ wedding, to Ariana Grande and Pete Davidson’s whirlwind engagement and breakup.

Some of the events recapped by Corden truly highlighted how long 2018 has felt. For instance, how on earth was the bizarre “Who bit Beyoncé?” scandal something that happened this year? Simpler times.

Of course, there were several bright spots that earned their spot in the rundown, too, including the March for Our Lives rallies, a record number of women being elected to US Congress, and even some exciting things to look forward to in 2019 — like Disney’s Lion King remake, natch.

Check out Corden’s complete recap of the wild year that was 2018 above.

Were you surprised to remember any of James Corden’s year in review events? Let us know @BritandCo!