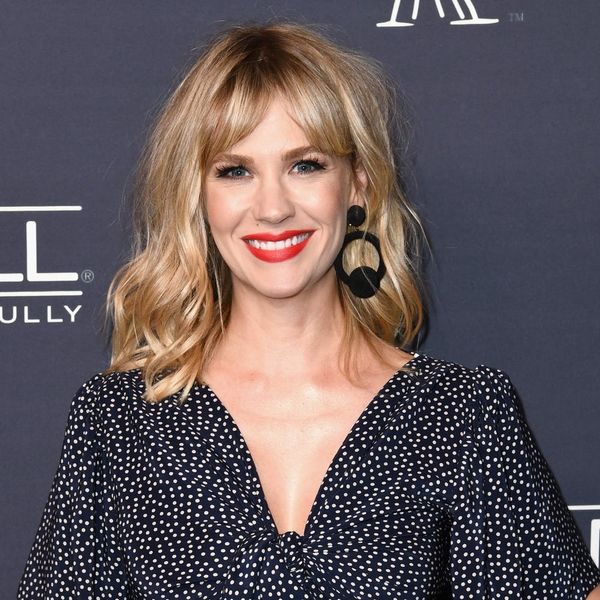 Since the end of his engagement to Vanessa Grimaldi back in August, Bachelor star Nick Viall hasn’t made any major dating moves in public, recently admitting that he’s still single (and that it “kinda sucks”). But he’s been quietly making some other moves — like extending an unexpected invitation to actress January Jones, which she opened up about in a recent interview with James Corden.

“He asked me to battle him on Lip Sync Battle,” Jones revealed to the late-night host. In a previous appearance on TheLate Late Show, Jones admitted not only to being a Bachelor franchise super-fan, but also to finding Viall “pretty cute.”

Nonetheless, she turned the offer down, admitting that she wasn’t quite sure of Viall’s intentions. “Is that his way of asking me out or does he have a problem with me?” she wondered. “I don’t know what that was, but I declined because I don’t need to be humiliated.”

According to a tweet from fellow franchise alum and most recent Bachelorette Rachel Lindsay, she and former Bachelor Ben Higgins participated in a Lip Sync Battle taping in early October. The episode will likely air when season four begins in January 2018.

Even though she turned down Viall’s offer, Jones admitted to still having complex feelings about him. “You don’t know if you like him or if he’s a scumbag, and I think that’s why I’m attracted to him, maybe?” she said. “He’s cute — normal. I’m so mixed.” We’re not ready to rule these two out just yet!

What do you think of January Jones and Nick Viall as a potential pair? Let us know @BritandCo!

Nicole Villeneuve
Nicole is an entertainment and lifestyle writer covering pop culture, news, and cool women doing cool things. She likes yard sales, MTV's Teen Mom, and putting too many memes in the group chat. She lives in Toronto.
the bachelor
Celebrity News
the bachelor TV
More From Celebrity News