Meet the Artist Behind the Peace for Paris Symbol 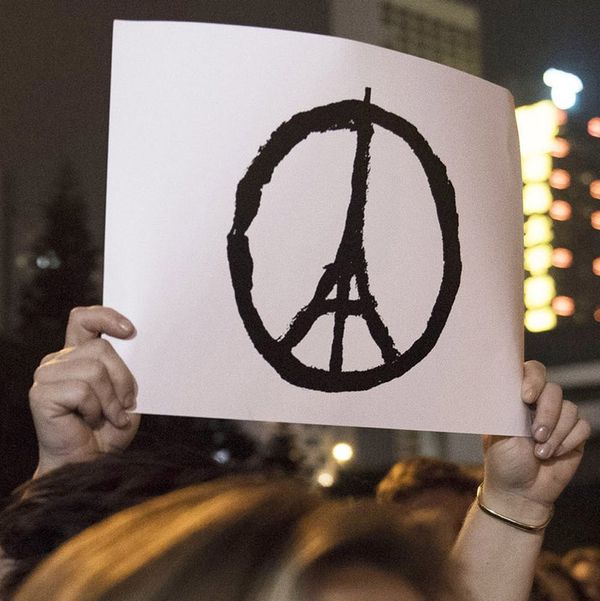 As the devastating news from the Paris Attacks began to unfold on Friday, the internet seemed to respond almost immediately with a black and white image of the Eiffel Tower that had been transformed into a peace sign. Along with words of well wishes for Paris, the illustration became iconic in a matter of minutes. But where did this simple yet moving drawing originate? That credit goes to French graphic designer Jean Jullien.

Jullien, who is from Paris but is currently based in London, revealed to Wired that the illustration was created in a matter of minutes “on a very loose sketchbook, with a brush and ink.” Jullien said, “The first thing that came to me was the idea of peace, that we needed peace. I was trying to look for a symbol of Paris, and obviously the Eiffel Tower was the first thing that sprang to my mind. I just connected both of them. You know, there wasn’t much work process behind that. It was more an instinctive, human reaction than an illustrator’s reaction.”

While he is definitely acknowledged that his illustration has become a sort of symbol of hope in the light of the Paris Attacks, Jullien admits he doesn’t feel great about all the attention given the circumstances. He says, “I’m sort of almost embarrassed to be getting that much exposure as a result of such a tragic event. However, it really shows that this is how we communicate not just as humans, but as a society. It can break down barriers. Sometimes it is difficult to shed light on what is true or not, but I think people have an instinctive sense of how to use these forms of communication.”

After a glance at Jullien’s Instagram account, it’s obvious that the heartfelt, clever design is nothing new for the talented illustrator. He’s created a mural for Warby Parker and also names The New Yorker,New York Magazine and Nike as a few of his clients. There is no denying that we’ve come to know Jullien under unfortunate circumstances, but we’re still happy to have become acquainted.

What’s the most creative way you’ve seen Jean Jullien used? Share with us in the comments below.