Jennifer Lawrence Reacts to Ariana Grande’s SNL Impression of Her 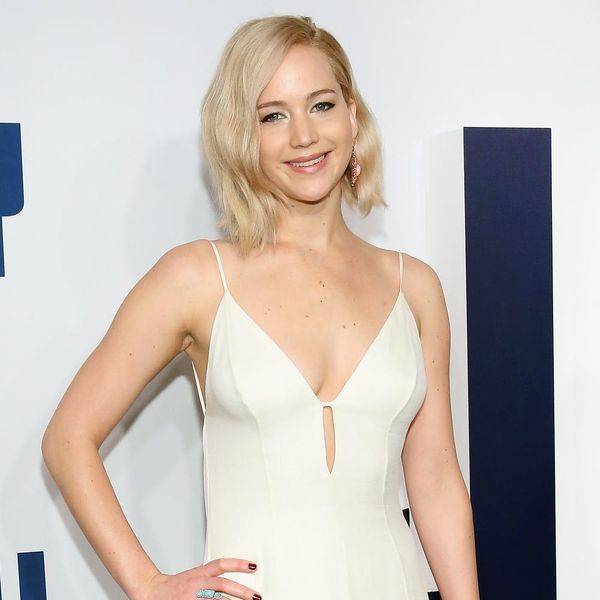 Jennifer Lawrence, who just opened up for the first time about the “energy” she had for her “brilliant” boyfriend Darren Aronofsky, raved in the same interview about another celeb, as well: Ariana Grande. When the singer appeared on Saturday Night Live last year, she brought out some of her best celebrity impressions, including Britney Spears, Celine Dion, and, yes, JLaw.

Stepping into a Celebrity Family Feud sketch in March 2016, the “Dangerous Woman” performer popped on a blonde wig and tried to channel Lawrence, quipping in a low voice, “They told me not to do a game show, but I was like, ‘Screw it, I can have fun, I’m a regular person.’”

She continued to rattle off jokes about Lawrence’s relatable, down-to-earth rep: “I’m just, like, a snackaholic. I mean, I love Pringles. If no one’s looking, I’ll eat, like, a whole can. Like, every day is my cheat day, you know what I mean?” We couldn’t help but laugh over the A+ impression — and we’re not the only ones who loved it.

Lawrence herself told Vogue that Grande’s impression of her was “spot f—king on.” But while she doesn’t mind being the butt of a friendly joke, she *did* take issue with the “regular person” line, explaining, “That’s what other people have said. If I’d said, ‘I’m a regular person,’ I’d want to kill myself.” That’s a little (or, in fact, way too) extreme, but we get why she’d shy away from such an obvious (if accurate?) celeb cliché.

What do you think about Ariana Grande’s impressions of celebs (including Jennifer Lawrence)? Let us know @BritandCo!