5 Pet-Friendly Airports That Will Pamper Your Pet 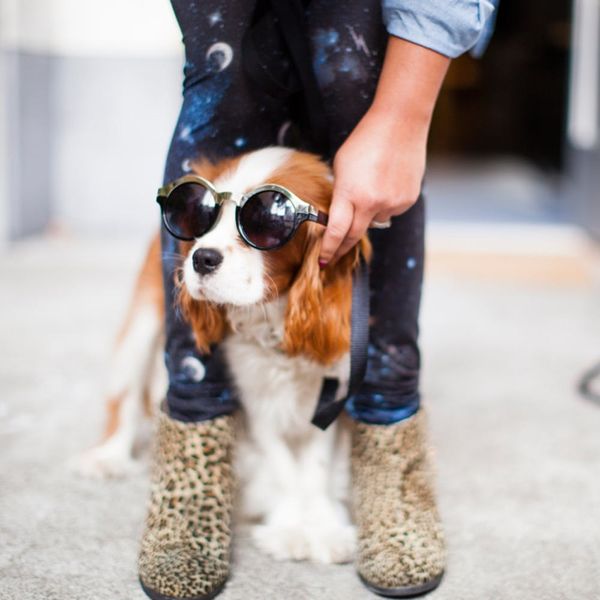 You’ve gotten snacking, drinking and organizing down when you travel, but what about your pet? Your fur babies need some love too, and sometimes it’s really hard to find a pet-friendly airport willing to embrace all that comes with traveling with your number one companion. Thanks to JFK, flying through New York City will now be a total luxury experience for every pet, ranging from dogs to cats and horses.

According to Fast Company, JFK’s new terminal will be called The Ark and will service pets and animals in transport exclusively. Over 70,000 pets travel through JFK every year, and now they’ll do so comfortably in a 178,000 square-foot, climate-controlled environment. Planes will be able to taxi your beloveds straight to the terminal, lessening their anxiety. The coolest stuff is for dogs and includes a pet resort where “rooms” could go for $100 a night. They can even get a doggie massage and “pawicure.” Traveling elsewhere in the country? We’re sharing the top five pet-friendly airports for you.

1. Dulles International Airport (IAD): If an emergency strikes in Washington, D.C., there’s an indoor pet area in between terminals that actually washes the turf after your dog has done its business, according to DogJaunt. There are also three outdoor locations.

2. Miami International Airport (MIA): There are four pet relief areas outside the main gates with a pretty white picket fence and real grass. And within the terminal, you might run into Casey, a trained therapy dog. According to CNN, she and her owner Liz are there just to help ease the travel experience for others.

3. Hartsfield-Jackson Atlanta International Airport (ATL): Atlanta is a hub for Delta and the busiest airport in the world. It makes sense that with so many passengers passing through, many of them with pets, they would have a large, modern dog park complete with sculptures. The 1,000 square-foot space is near the transportation center, outside the terminals.

4. Detroit Metropolitan Airport (DTW): There are relief areas at each terminal, but at the McNamara terminal, which is home to Delta and its partners, there’s one pre-security, as well as one post-security. Your pet won’t have to cross her legs before boarding your flight.

5. Phoenix Sky Harbor International Airport (PHX): Phoenix’s airport has super cute names for their pet areas, including the Boneyard, the Paw Pad and the Pet Patch.

What’s your best pet tip for navigating the airport? Tell us in the comments!

(Photos via The Ark at JFK)