Julia Louis Dreyfus’ Emmys Tribute to Her Dad Is a Tearjerker 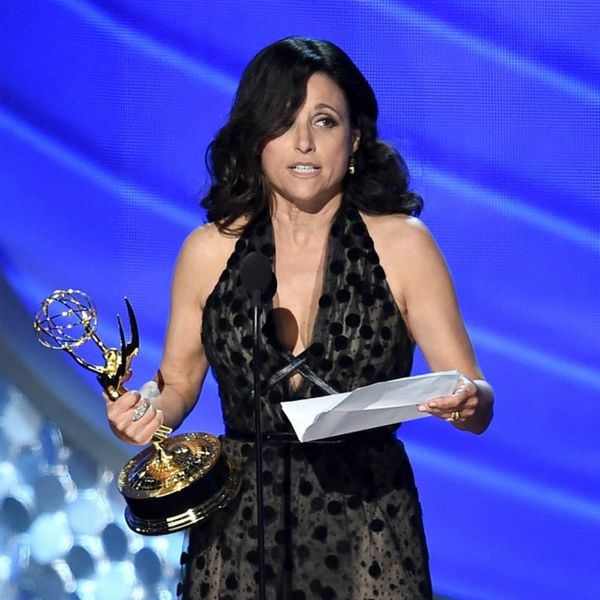 Julia Louis-Dreyfus is usually known for being the funniest woman in the room. The former Seinfeld star has Emmys and accolades to probably fill that room, and tonight’s win for her role on Veep is more meaningful than ever, since her father passed away just two days ago. And while everyone’s eyes were on Amy Schumer for this year’s awards, we’re sure after tonight’s moving speech, Julia will be the comedienne we’ll remember.

While accepting her most recent Emmy award, the actress read off a series of notes. Her slightly funny speech became far more emotional, however, when she began to remember her dad, becoming visibly shaken and saying, “I’m glad he liked Veep, because his was the only opinion that mattered.”

Julia’s dad passed away on Friday at 84 years old, and we’re in awe of her courage to not only show up at the Emmys tonight, but to make such a public declaration for him.

Would you attend an awards ceremony after a family loss? Tell us @BritandCo!