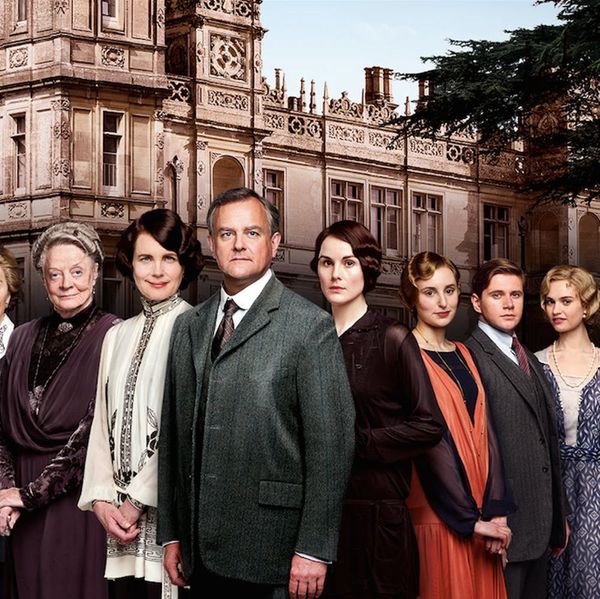 The romance! The scandal! Downton Abbey comes to an end this year after its sixth season, but never fear: There’s even more of that Downton-y goodness around the corner courtesy of the show’s creator, Julian Fellowes.

Belgravia — Fellowes’ new project — isn’t quite what you’d expect. Instead of a traditional show bringing you the Victorian vibes, the Downton Abbey creator/writer/producer is planning on releasing his new story via 11 digital “episodes.” But that’s not all: Each episode will be released on the book’s very own app, which will be available through the project’s designated website.

Julian Fellowes’s Belgravia is the story of a secret that unravels behind the porticoed doors of London’s grandest postcode. Set in the 1840s, when the upper echelons of society began to rub shoulders with the emerging industrial nouveau riche, Belgravia is peopled by a rich cast of characters. But the story begins on the eve of the Battle of Waterloo in 1815. At the Duchess of Richmond’s now legendary ball, one family’s life will change forever.

Ooooh, it sounds positively scrumptious! (Do we sound British?!)

Belgravia will be available in both text and audio for your consuming pleasure and will be made available via a new app that Fellowes will release on his website this coming April.

Will you be reading, or listening? Let us know @britandco!

Desiree O
Desirée O is a ‘Professional Bohemian’ who loves anything and everything related to the arts, entertainment, and pop culture. She ADORES being a ‘Newsy’ for Brit + Co, covering all of the latest tidbits of awesomeness that you want to read about. When she’s not writing, she’s either making messy art, going on long adventurous walks with her camera, or poking around over at bohemianizm (http://www.bohemianizm.com/). You can find out about Desirée O and her work at http://DesireeO.com/ or follow her on Twitter @DesireeO.
Books
Pop Culture
Books
More From Pop Culture