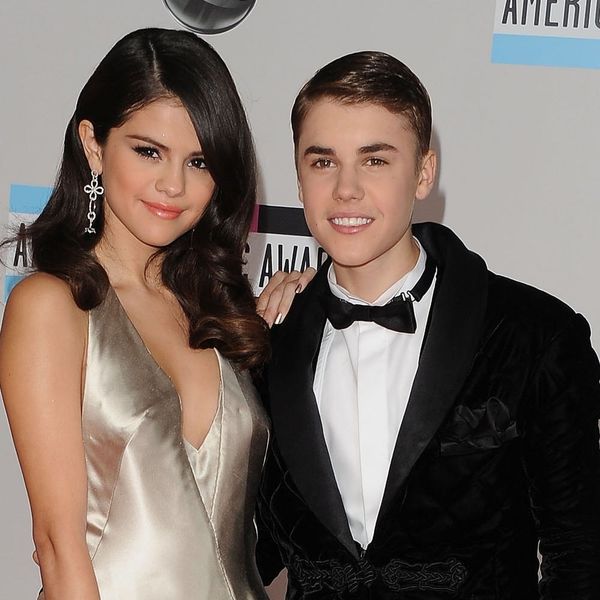 Ever since Selena Gomez reunited with former flame Justin Bieber, fans have been following their every move. From riding their bikes together in LA to showing up as a pair at his hockey games, the apparently on-again couple seem to be enjoying their renewed spark. And they’re not shy about showing off a little PDA — the proof of that is in new photos of a kiss they shared earlier this week.

When the “Love Yourself” singer took the ice for his weekly hockey game at the Los Angeles Valley Ice Center in Ventura, California, on Wednesday night, his lady sat rink-side to cheer on her bae. But it was while he was taking a break that the action really picked up.

As the 23-year-old stepped away from the game, he lifted his mask, and Gomez (looking casual but lovely in a simple all-black outfit) leaned across the boards and bench to give him a big kiss on the lips.

Sealed with a Kiss! See Justin Bieber and Selena Gomez Share a Courtside Smooch at His Hockey Game https://t.co/023nrWbz5M

People shared a few shots of the duo getting cozy, and from the looks of it, things are going well between the two, who famously dated on-and-off from 2010 to 2015.

The photo comes just days after the 25-year-old “Bad Liar” singer’s most recent ex, The Weeknd, was spotted leaving the apartment of his ex-girlfriend Bella Hadid. And while we don’t know for sure if those two are reconnecting in the same way that Bieber and Gomez are, it seems like everyone in this little love square is feeling nostalgic when it comes to romance and relationships.

Are you shipping the renewed romance between Justin Bieber and Selena Gomez? Let us know @BritandCo!