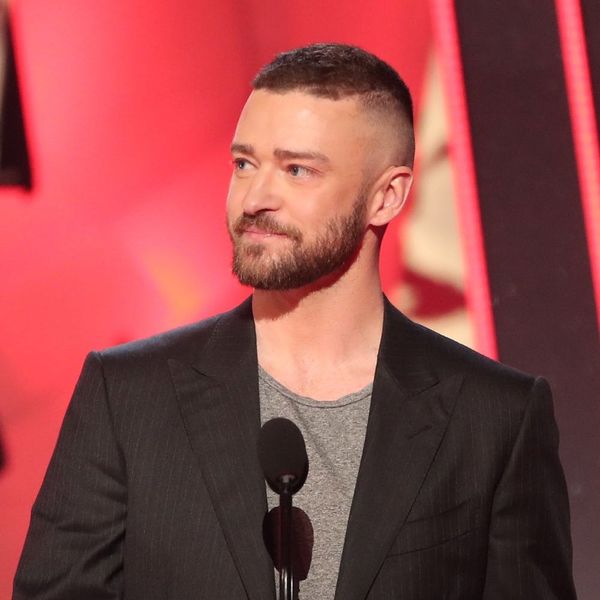 Justin Timberlake may be busy being a working dad these days (ya know, when he’s not being a troll with his adorable family), but last night at the iHeartRadio Music Awards, the singer had something to say — something important. Unfortunately, he wasn’t given the chance to be heard, as the network muted his words reaching out to LGBTQ youth.

Justin Timberlake took home the Song of the Year award last night for “Can’t Stop the Feeling” and decided to use his time on stage as an opportunity to address LGBTQ youth. However, those watching at home didn’t hear what he had to say, because the Turner Network stations broadcasting the event (TNT, TBS, and truTV) muted Timberlake.

iHeartRadio apparently wasn’t behind the move at all and tweeted a recording of JT’s speech, highlighting his words, “Because being different means you’re making a difference.”

For the record, Timberlake was quite clear with his message, saying, “If you’re gay, or you’re lesbian, or you are trans, or maybe you’re just a sissy singer boy from Tennessee — anyone who has treated you unkindly, it’s only because they’re afraid or they have been taught to be afraid of how important you are. Because being different means you make a difference. So, f*ck ‘em.” Indeed. *claps enthusiastically*

What do you think about the fact that Justin Timberlake’s speech to LGBTQ youth was muted? Let us know @BritandCo!