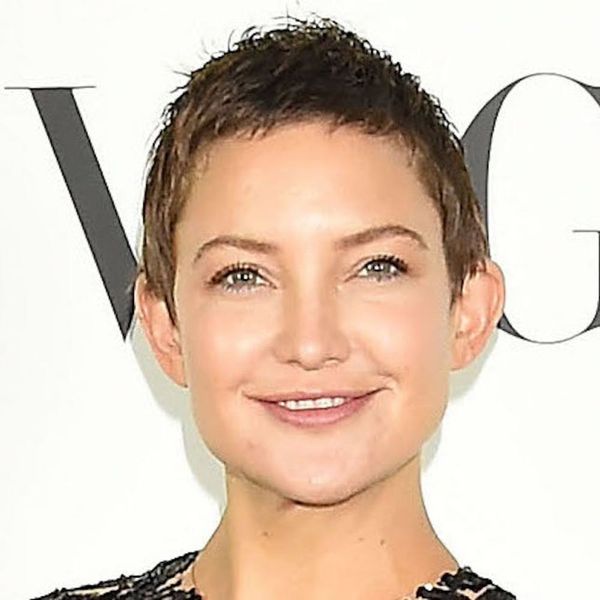 A-list ladies are taking a cue from the fellas when it comes to their coifs! Just last week, Emma Stone was spotted on set looking just like our favorite elf Legolas (AKA Orlando Bloom). Now, Kate Hudson is having her own hilarious twinning hair moment with a special ‘90s heartthrob.

Who wore it better? 👆 #Hairspiration @leonardodicaprio

Taking to Instagram, the Marshall actress posted side-by-side shots of herself next to Leonardo DiCaprio while sporting a short, spiky ‘do. “Who wore it better?” she joked.

It was a style that looked all too familiar to the one the RL Jack Dawson wore to the LA premiere of Titanic back in 1997.

While the Before the Flood actor gets major points for originality (who knew Oscar-nominated actresses would be stealing his look 20 years down the road?), we’ve gotta hand it to Hudson, 38, who got a leg up on the (fierce!) competition with the addition of a cherry pout, dainty square earrings, and an adorable blouse we kind of want to steal.

Who do YOU think wore it better: Kate or Leo? Share with us @BritandCo.

Nicole Briese
Nicole is the weekend editor for Brit + Co who loves bringing you all the latest buzz. When she's not busy typing away into the wee hours, you can usually find her canoodling with her fur babies, rooting around in a bookstore, or rocking out at a concert of some sort (Guns N' Roses forever!). Check out all her latest musings and past work at nicolebjean.com.
90s
Beauty News
90s Celebrities Celebrity Hair Haircuts Nostalgia