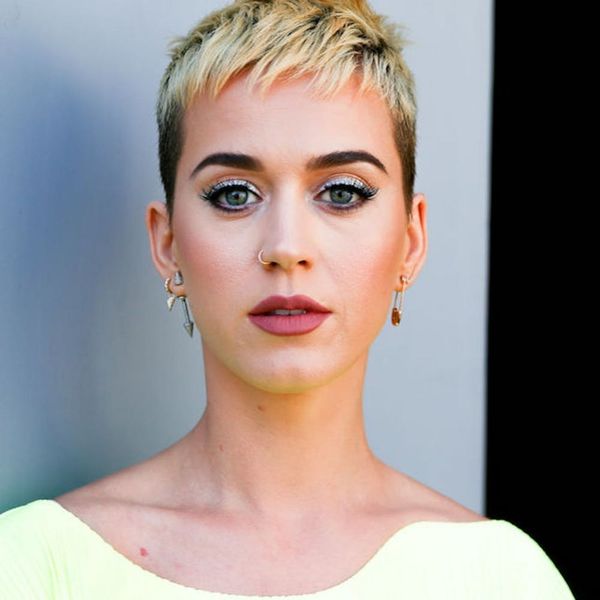 Katy Perry’s not over her Taylor Swift feud and Harry Styles slays Carpool Karaoke in this morning’s top news stories. Check those and more out below in this TGIF edition of Morning Buzz!

1. At midnight, Katy Perry and Nicki Minaj released a new collaboration, “Swish Swish,” and Perry in particular is being called out for some of her “low” lyrics. “Don’t you come for me/No, not today/you’re calculated/I’ve got your number/Because you’re a joke/and I’m a courtside killer queen,” some of the lyrics say. Perry has recently responded to questions about whether Taylor Swift’s “Bad Blood” was about her by saying “Don’t come for me,” and if we had to guess, we’d say the imagery of receipts in the video (above) is a nod to Swift’s #ReceiptGate with Kim Kardashian and Kanye West. Swift pal Ruby Rose has tweeted her disappointment in the track, calling it a “sloppy mess” (not Minaj’s part tho), and saying that she “just think[s] with everything going on in the world to go from rebranding as political activist only to ditch it and go low…is…a bummer.”

2. Harry Styles’ Carpool Karaoke is here! Not only do we get to see Styles and Corden tackle “Sign of the Times” — which Styles says makes him “cry in a cool way” when he performs — but we also get to see him in a fishnet vest. So.

Chris Cornell’s cause of death has been revealed.

oundgarden’s Chris Cornell had died at the age of 52. The cause of death has since been ruled a suicide, although his wife would like further toxicology details, as she believed he may have taken too much of his Ativan prescription, influencing his death. If you or someone you know is thinking about suicide, please call the National Suicide Prevention Lifeline at 1-800-273-8255 or text the Crisis Text Line at 741-741. (Photo via Stephen Brashear/Getty)

Mark Zuckerberg’s dad filmed his son’s reaction to getting into Harvard and it is must watch.

These jeans that detach into shorts are the latest WTF denim trend.