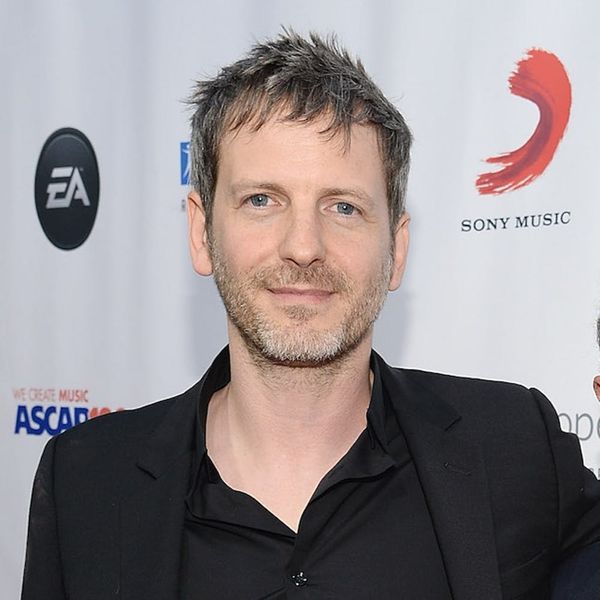 Dr. Luke gets the boot and Serena Williams gets candid about marriage in this morning’s top news tidbits. Check those and more out below.

1. It’s been a while since we’ve heard anything in the ongoing (and often heartbreaking) sexual abuse legal battle between Kesha and producer Dr. Luke, but now it looks like their label is trying to distance itself from the producer. New court documents show that Dr. Luke “is no longer the CEO of Kemosabe Records [Dr. Luke’s imprint label through Sony] and does not have authority to act on its behalf.” The Hollywood Reporter also points out that Dr. Luke’s page on the Sony Music website no longer exists. Kesha as recently as last week has filed another appeal to end her legally binding contracts with Dr. Luke. (h/t The Hollywood Reporter; photo via Michael Kovac/Getty)

It's a GIRL!🎀💜 Thank you @people for helping us celebrate our sweet rainbow baby.👶🏼🌈 We are so thankful for this sweet, sweet baby GIRL rolling around happily inside me.🤰🏼...Her big brother, Johnathan, has been watching over her and keeping her safe.👼🏼🙏🏼 We love them both more than words could ever express.💕💙 ... @doughehner & I share EVERYTHING about our baby girl & our gender reveal with #people. Link in bio.💜👶🏼 #rainbowbaby #angelbaby #repost with @repostapp ・・・ Surprise! #MAFS alums #JamieOtis and #DougHehner are expecting a baby girl! 💕 "I secretly hoped for a little mini me," Jamie told PEOPLE. Tap our bio link for more exclusive (and adorable!) details. |📷: Kinetic Content

2. Married at First Sight star and Bachelor alum Jamie Otis is having a little girl! Otis and her husband Doug Hehner are thrilled to be pregnant again after losing a baby boy four months into her previous pregnancy. She tells People that while she’s first and foremost happy to be having a healthy pregnancy, having a little girl has its own excitement too. “I secretly hoped to be a mommy to a little girl and to have a little mini me.” Congrats to the growing family!

@SERENAWILLIAMS!! She can't wait for baby to get here & yep she is coming back to tennis! They loved here @ted ... me too!

3. Serena Williams admits that she was angry when Alexis Ohanian proposed to her. In a TED Talk convo with Gayle King, Williams says that she’s always loved her freedom and career and didn’t necessarily think of herself as the marrying type, and when Reddit co-founder Ohanian proposed, she was actually angry about it. “It was right in the middle of my training season and I thought, ‘I have to win the Australian Open,'” she admitted to King, going on to say that all she was focused on was passing Steffi Graf’s record. She also admitted that she posted the famous pregnancy Snapchat totally by accident. “You know how social media is — you press the wrong button and [shrugs].” Sounds like she’s already got the parents-on-social-media part down! (via TED)

#Beyoncé & #JayZ Reportedly Offer a $120 Million Bid on a Bel-Air Mansion . . via Page Six: . . #Beyonce and Jay Z have put in a $120 million bid for a stunning hilltop Bel Air mansion that boasts four pools, eight bedrooms — and even bulletproof windows. . . As Beyoncé prepares to give birth to twins, she and #Jay are planning to move their #family to Los Angeles from New York in search of more privacy. They have bid on the breathtaking newly constructed mansion at 454 Cuesta Way in Bel Air’s private East Gate area. . . The place, which is being sold off-market for an asking price of $135 million, has just been completely remodeled from the ground up, and also boasts 11 bathrooms, a media room, space for a recording studio, a garage that can fit 15 cars, separate staff quarters and a big spa with a hot tub, sauna and steam room. . . The hilltop location offers extra privacy, along with the woven metal security gates. It also offers sweeping views of Los Angeles. . . The sprawling mansion spreads across six separate structures encompassing more than 30,000 square feet and more than 10,000 square feet of outdoor living space on two acres of land. . . The house has been completely rebuilt by Irish firm McKillen Developments, which also redeveloped and owns landmark London hotels Claridge’s, the Connaught and the Berkeley. . . Described as a “masterpiece,” the manse was designed by acclaimed architect #PaulMcClean. . . A #realestate source told Page Six, “The house is beyond words. No expense was spared in design or execution.” . . Famous residents of East Gate #BelAir include Salma Hayek, Tom Jones and Michael Eisner. . . #Jay and #Bey have been looking to buy an LA pad for years. In 2014, they were interested in a home built by Bruce Makowsky, but Minecraft billionaire Markus Persson beat them to it, paying $70 million. Then there was the #BeverlHills mansion that #TomFord reportedly outbid them on. Since then, they’ve only rented mansions in #LA. . . But the couple is anxious to get settled in a new home since the twins are likely to arrive in June. They’ve also been checking out private kindergartens in the area for their daughter, #BlueIvy, 5.

4. Beyoncé and Jay Z’s reported new home is just a very casual Bel Air mansion with bulletproof windows. According to Page Six, the pair have put in a bid on a sprawling $120 million mansion that has eight bedrooms, four pools, and, yep, bulletproof windows. It sounds like they’ve got their hearts set on it — they’re reportedly already looking at private kindergartens in the area for Blue Ivy. (h/t Page Six)

Hot off the shelves at @Nordstrom, the place that brought you a "Rock in a leather pouch", the unbelievable "Clear knee mom jeans" and now "Fake mud jeans" that are for sale for over $400! 😱😱😱

5. You can now get your very own fake dirty, muddy jeans from Nordstrom for a cool $425. Maybe we can layer these under our clear jeans? Just really get every weird denim trend in all at once! (h/t Mashable)

6. Quote of the day: “They saved my life.” Brie Larson gushes to Vanity Fair about her #girlsquad, Emma Watson and Jennifer Lawrence, who she says helped her through her early days of fame.

Do your besties save your butt every day? Let us know @BritandCo!