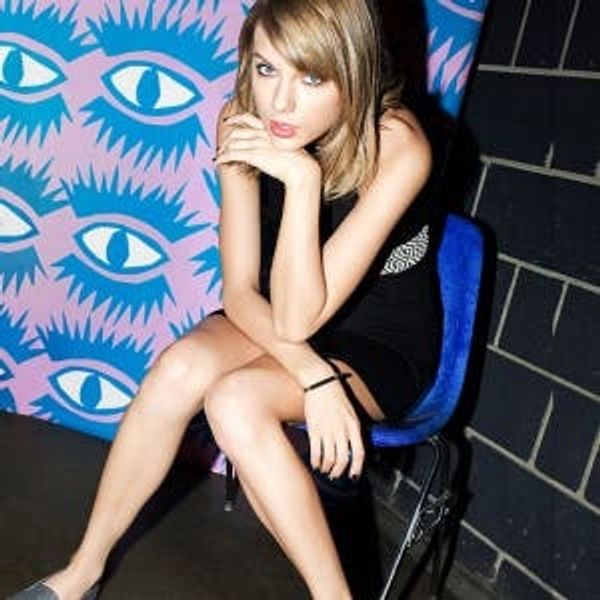 Most of us have been feminists since we were old enough to say “girl power,” but it looks as though big name brands are finally starting to jump on board. Last week we told you about Clinique’s new campaign, which features Tavi Gevinson and two other young entrepreneurs, and now WWD has just announced that Keds’ new series of ads will be titled “Ladies First.”

Naturally, the celeb starring in the new ads is the brand’s longtime partner and music industry trailblazer, Taylor Swift. According to WWD, the campaign (which will appear on sites like Nylon, Paper, Interview and Refinery29 as well as on wild postings, bus wraps and subway media) is designed to showcase “the Keds fall collection with progressive messages that celebrate what it means to be a woman in 2015.”

Piggybacking off their girl power focused spokesperson and slogans, the ads will also feature artwork from noteable female artists like illustrator Priscilla White, surface artist and pattern designer Kendra Dandy and street artist Paige Smith (who recently caught the art world’s attention with her Urban Geodes street art series). Keds, we’ve always liked you, but we may have just fallen in love.

Have you seen any other awesome girl power ad campaign recently? Tell us all about them in the comments below.

Cortney Clift
Cortney is the senior writer and special projects editor at Brit + Co. She typically covers topics related to women's issues, politics, and lifestyle. When she's not buried behind her computer you'll find her exploring New York City or planning her next big adventure.
Taylor Swift
Fashion
Taylor Swift