10 Millennial Women Who Are Making History 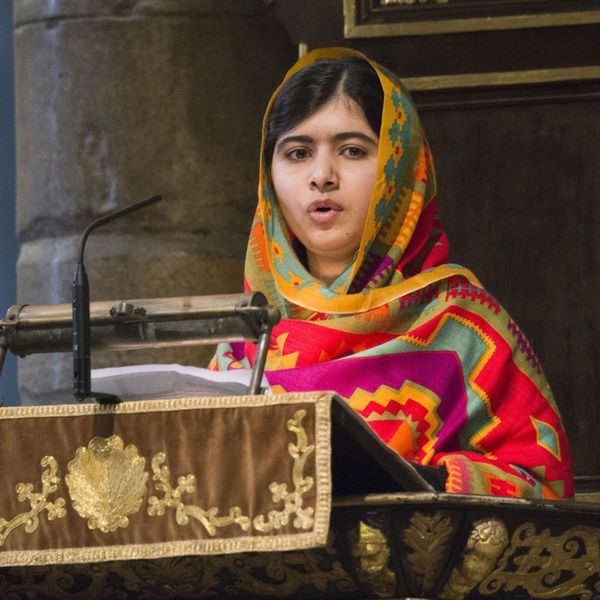 The most difficult part of choosing “10 millennials making history today” was kicking people off the list. The fact is that there are so many inspiring women out there making waves in the world, it’s impossible to mention them all. But the way I see it, that’s a good sign.

1. Emma Watson (Actress and Activist): At this point it’s common knowledge that Watson is more than the Harry Potter role that made her a household name. She made headlines in July when she was appointed a U.N. Goodwill Ambassador, and again in September when she launched the HeForShe campaign, which seeks to make women’s equality a men’s issue as well. Her historic speech has more than 6 million YouTube views, and there’s no doubt Watson’s message is instrumental in today’s feminist movement. (Photo via Eduardo Munoz Alvarez/Getty)

2. Miki Agrawal (Entrepreneur): Miki Agrawal is a modern day super entrepreneur. In 2005 she founded WILD, a farm-to-table alternative pizza restaurant that uses all-natural and gluten-free ingredients, and aims to leave the smallest carbon footprint possible. Her next project was THINX, a line of feminine hygiene underwear that seeks to empower women and eliminate body shame, along with making donations to women in third-world countries. Oh, and on top of that she wrote her own book, Do Cool Sh*t, to help others follow in her footsteps.

3. Malala Yousafzai (Activist): 17-year-old Malala Yousafzai made history in 2012, when she survived a gunman’s attack on her way to school in Pakistan. She was a strong advocate for women’s education before the attack, but afterward became even more adamant that women and girls should receive the same educational opportunities as men and boys. In October, she became the youngest ever recipient of the Nobel Peace Prize. July 14 is known as Malala Day, so it’s pretty clear this millennial has made a place for herself in history. (Photo via WPA Pool/Getty)

4. Emma Sulkowicz (Activist): Emma Sulkowicz’s story broke in September, when the media got wind of her performance art piece in protest of her rape. According to Sulkowicz, a fellow student raped her in her dorm bed on the first day of her sophomore year at Columbia University. In April 2014 she was part of a TitleIX complaint filed against the University for the mishandling of her case. Sulkowicz is a prominent face in the campus sexual assault reforms that are sweeping colleges and universities across the country.

5. Jessica Williams (Television Host and Comedian): When she joined the cast of The Daily Show in 2012 at age 23, Jessica Williams became one of the youngest correspondents to be hired. Since then she’s become an iconic figure on the show, and frequently discusses issues like feminism and women’s equality. Not only is she fierce onscreen, but her response to an article that theorized she suffered from imposter syndrome was pretty badass. (Photo via Michael Loccisano/Getty)

6. Alice Brooks (Entrepreneur): While completing her masters in engineering at Stanford, Brooks teamed up with her friend Bettina Chen to found Roominate, a company that produces wired building toys for girls. The company’s goal is to increase the percentage of women in STEM (Science, Technology, Engineering, and Math) fields. Their toys close the gender gap by developing spatial and problem-solving skills and confidence in girls from an early age.

7. Amber Venz (Entrepreneur): She started out as a fashion blogger, freelance stylist, and luxury retail buyer, but the launch of rewardStyle.com, an invite-only monetization platform for top-tier fashion and lifestyle bloggers, is what really put Amber Venz on the map. Armed with only a small startup fund, she and her husband, Baxter Box, found a way for bloggers to make as much as $100,000 in a single month. RewardStyle now partners with big-name brands like J. Crew, Diane von Furstenberg, and Nordstrom, and has expanded to include a London office. Her innovative approach to modern media has helped hundreds of bloggers earn livings doing what they love. (Photo via Cindy Ord/Getty)

8. G. Willow Wilson (Comics Writer and Author): News flash: Comics aren’t just for boys. G. Willow Wilson is going out of her way to make that point. These days she writes Marvel’s bestselling series Ms. Marvel, which features a Muslim girl with superpowers — a revolution in the comics industry. She’ll also pen the A-Force series, which is Marvel’s first all-female superhero team. Along with her accomplishments, she’s an outspoken advocate for feminism in the comics industry.

9. Elizabeth Holmes (Entrepreneur): As if the title “America’s youngest self-made female billionaire” isn’t remarkable enough, Elizabeth Holmes is also a college dropout. In 2003 — and with her college savings — she founded Theranos, a company that tests blood at a fraction of the time and cost of commercial labs. In 2013, Walgreens announced it would open Theranos clinics in its pharmacies. She does alright for herself, all in the name of serving others. (Photo via Steve Jennings/Getty)

10. Tavi Gevinson (Writer, Actress and Entrepreneur): If you want to feel really unaccomplished, take in the fact that Tavi Gevinson founded her own publication, appropriately titled Rookie Magazine, when she was 15. She appeared on Forbes’ 30 Under 30 list in 2011 and 2012, and was part of Time’s most influential teens of 2014. After a stint acting on Broadway in This is Our Youth, Gevinson is headed to NYU. She’s the cool girl of a generation and has given a defining voice to teenage girls nationwide. (Photo via Larry Busacca/Getty)

Do you have a millennial role model? Tell us about them in the comments below.

This post was originally published on Levo League by Claire Landsbaum