Uh Oh: Kendall and Kylie Jenner Are Being Sued Over *Those* Band Tees 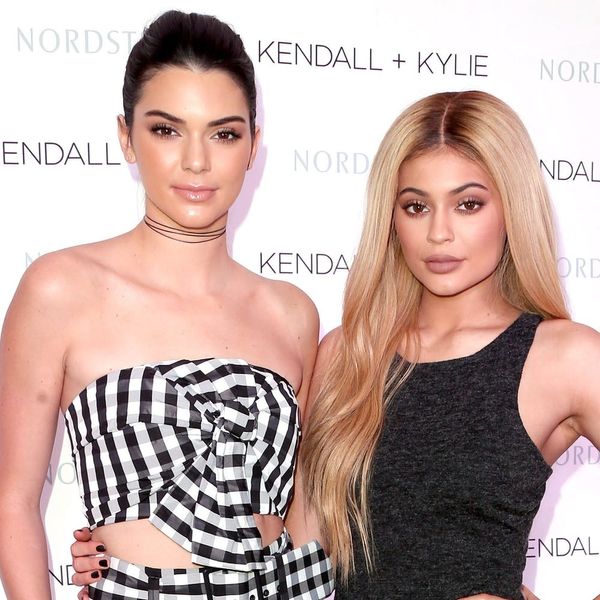 The drama surrounding Kendall and Kylie Jenner’s vintage band tees just won’t quit! After the sisterly duo dropped a line of tops featuring their faces superimposed over band logos and images, the internet was in an uproar, taking them to task for disrespecting the artists whose images were featured and appropriating black culture. Now, the snafu has taken a legal turn as one photographer is reportedly bringing a lawsuit against the girls.

With figures such as Voletta Wallace (Notorious BIG’s mother), and Sharon Osbourne weighing in on the debacle, K&K have already taken to social media to issue a joint apology for the poorly thought-out designs. They also removed what was left of the largely sold-out merch from their website.

Still, it wasn’t enough for photographer Michael Miller, who is now suing Kendall and Kylie for any profits incurred from the sale of the shirts.

TMZ is reporting that Miller, who has taken shots of such iconic stars as Angelina Jolie and Jack Nicholson, did not give them permission to use his photos as featured in the designs, and has no desire to be attached to their empire, particularly after “recent PR scandals” involving Kendall Jenner.

The sisters’ family rep, Todd Wilson, spoke to the outlet to say that lawsuit was “absurd.” He says that neither Kendall nor Kylie had anything to do with the design of the tees, and while they gave their approval, it was the brand’s responsibility to oversee the rest. According to Wilson, “It’s like suing an actor for being in a movie.”

Kylie, for one, didn’t appear too particularly worried while posing in a Snoop Dogg and Dr. Dre tee similar to the tees in question to debut her brand new cherry red hair.

We’ll be interested to see if the judge agrees!

Do you think the photographer has a case? Tell us over @BritandCo.

Nicole Briese
Nicole is the weekend editor for Brit + Co who loves bringing you all the latest buzz. When she's not busy typing away into the wee hours, you can usually find her canoodling with her fur babies, rooting around in a bookstore, or rocking out at a concert of some sort (Guns N' Roses forever!). Check out all her latest musings and past work at nicolebjean.com.
Kardashians
Style News
Kardashians Kendall Jenner Music
More From Style News