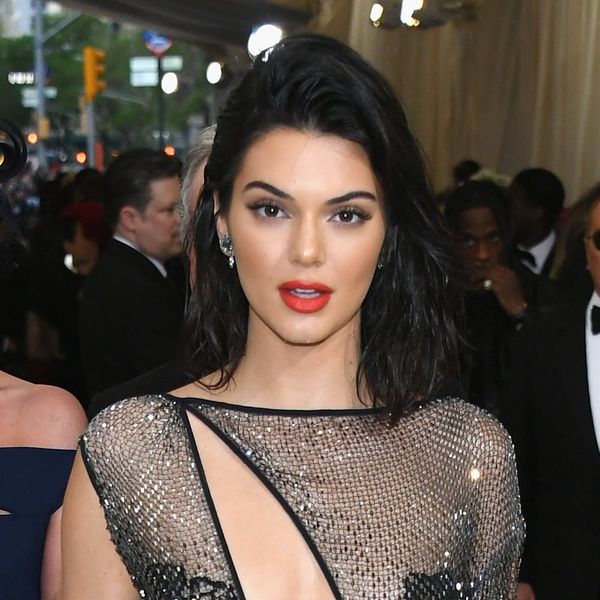 Kendall Jenner may be trying to put the whole Pepsi #fail behind her by doing her best to totally ignore it, but it seems like the public isn’t willing to forgive and forget as easily. In fact, not only is the major ad disaster still fresh in people’s minds, but the controversy has just taken a super scary turn.

The heated situation sparked this time around when police showed up to a May Day march in Portland on the first of the month. Some protesters were apparently upset by the cops’ presence, and while things began peacefully, tensions soon rose.

When the police moved in, one civilian took a cue from Jenner’s ad and attempted to hand over a can of Pepsi in a friendly manner. Unfortunately, the IRL officer wasn’t nearly as grateful as the one in Kendall’s commercial.

Rocks, lead balls and full cans of @pepsi being launched at police. Officers will be donning personal protective equipment. #MayDay2017

From there, a few “anarchists” (as they were described by Portland PD) decided to take things up a notch by throwing lead balls AND FULL CANS OF PEPSI!

A @PDXFire medic was hit by a full @pepsi can thrown during #MayDayPDX protest march. Not injured.

The march was then declared a riot and police canceled its permit, a move which gave them permission to force the protestors to disperse. And while no one was reportedly hurt by the hurled soda cans, a medic was hit (though not injured).

While we can guarantee Pepsi didn’t predict the backlash they’re now facing when the ad was aired (and quickly pulled), they surely never expected events to take such a scary turn.

Are you shocked to hear that full cans of Pepsi are now being used in violent protests? Let us know @BritandCo!

Desiree O
Desirée O is a ‘Professional Bohemian’ who loves anything and everything related to the arts, entertainment, and pop culture. She ADORES being a ‘Newsy’ for Brit + Co, covering all of the latest tidbits of awesomeness that you want to read about. When she’s not writing, she’s either making messy art, going on long adventurous walks with her camera, or poking around over at bohemianizm (http://www.bohemianizm.com/). You can find out about Desirée O and her work at http://DesireeO.com/ or follow her on Twitter @DesireeO.
Kendall Jenner
Current Events
Kendall Jenner Politics
More From Current Events