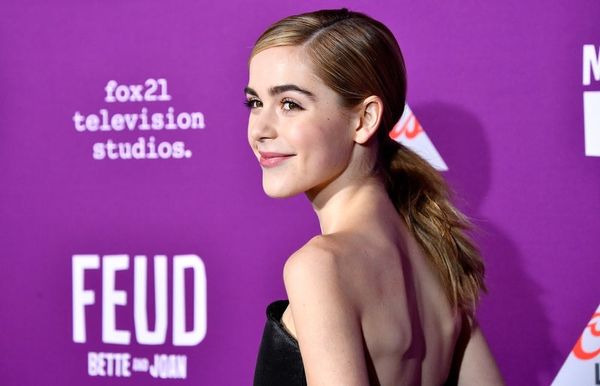 Since Netflix released its hit rom-com adaptation of To All the Boys I’ve Loved Before in August 2018, the internet has developed a major crush on Noah Centineo, who played Peter Kavinsky. The latest person to fall victim to his charms is none other than Kiernan Shipka, who did what we all dreamed of doing when she asked for his hand via Instagram.

“@ncentineo this is an official proposal,” the Chilling Adventures of Sabrina star wrote on Instagram stories. The request accompanied a photo of the 22-year-old actor smiling that now-famous smile. “Let me know if you’re down and I can make myself available.”

Whether Shipka was skipping straight to a marriage proposal or merely asking Centineo on a date isn’t clear, but we’re going to go ahead and assume she’d be okay with either. So far, he hasn’t responded publicly, but given his tag in the post, it’s possible he did see it.

Centineo starred in three seasons of Freeform’s family drama The Fosters before becoming an overnight sensation in To All the Boys I’ve Loved Before. The film’s director, Susan Johnson, recently said that Centineo improvised some of the most heartwarming — and crush-making — moments in TATBILB, which of course made the internet love him more.

“It’s just charming Noah,” she gushed to ET. “Noah’s just super present when he’s working and he’s very tuned into everything. For instance, the moving the popcorn was totally Noah. I didn’t ask him to do it. Kitty didn’t place it there every time, but she did that time and he was clever enough to figure out how to move it while throwing a pillow and leaning over, and I thought that was brilliant so we kept that take.”

What did you think of Kiernan’s “proposal” to Noah? Let us know @BritandCo!