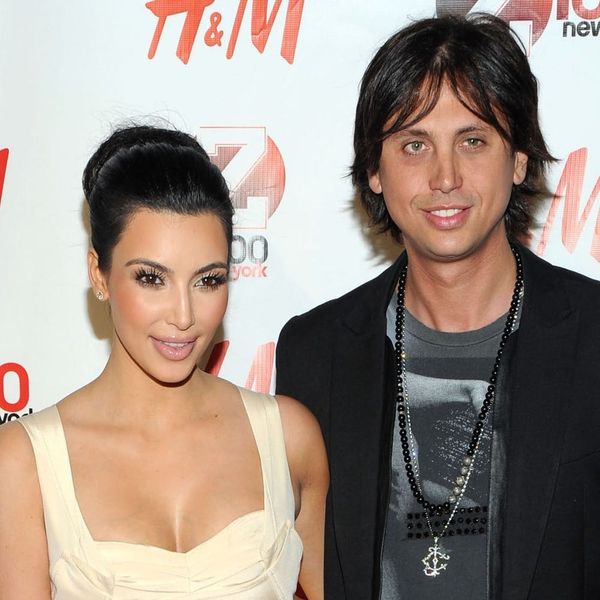 Kim Kardashian West has made no secret of the fact that she more or less idolizes ‘60s songstress Cher — she even posed as the iconic singer for the cover of Harper’s Bazaar Arabia. Last night, the makeup mogul took things to a whole new stratosphere, however, when she attended the Casamigos Halloween party in LA with BFF Jonathan Cheban dressed up as — wait for it — Sonny and Cher!

“She’s always had the sickest style, I’m obsessed with her,” Kardashian West told the magazine for its August release. To think that she was wearing these sheer dresses in the ‘70s and just what people must have thought back then.”

Rather than a sheer dress, the KUWTK star opted to recreate the “Ooga Booga” singer’s 1973 yellow Bob Mackie Oscars ensemble instead, which consisted of a jewel-encrusted crop top with draped sleeves, matching harem pants, and hoop earrings. The reality star even went so far as to match her bubblegum pink daggar nails!

Cheban, for his part, also nailed the style of his late inspiration, with a darker than usual do complete with piecey bangs, a purple-printed tuxedo coat, a faux ‘stache, and a bow tie.

From the looks of the mother of two’s Instagram stories, the pair had just as much fun playing the parts of the longtime couple as we did peeping their costumes, with her hair billowing in the wind as RL Cher’s hits “Believe” and “I Got You Babe” blasted in the background.

While the 71-year-old music legend has yet to comment on the look, we’re guessing she’ll be plenty flattered, having tweeted of Kardashian West’s magazine photoshoot, “My little Armenian sister did us both proud.”

What do you think of Kim’s Halloween *lewk?* Share with us @BritandCo.

Nicole Briese
Nicole is the weekend editor for Brit + Co who loves bringing you all the latest buzz. When she's not busy typing away into the wee hours, you can usually find her canoodling with her fur babies, rooting around in a bookstore, or rocking out at a concert of some sort (Guns N' Roses forever!). Check out all her latest musings and past work at nicolebjean.com.
Halloween
Halloween Costumes
Halloween Halloween Costumes Kardashians Nostalgia
More From Halloween Costumes