Kristin Cavallari Is Taking Credit for THIS Popular ’90s Trend 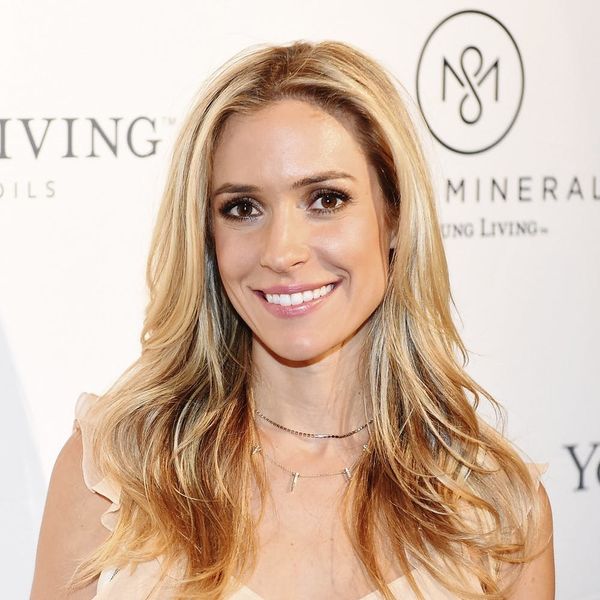 In fashion, it seems everything old is new again at some point or another. Take the currently revived scrunchie trend, or chokers, for instance: Once ’90s staples in their own rights, both pieces have been brought back from the dead, with the latter making must-have lists for 2017. According to Kristin Cavallari, we have her Laguna Beach days to thank for the uber-hot neck accessory, both then and today.

While promoting her jewelry brand Uncommon James, which just launched its second collection, Cavallari, 30, dished on the look she says she pioneered back in high school: her omnipresent black choker.

In an interview with Us Weekly, the mom of three said she definitely had a hand in making the look catch on. “I like to think [I started the trend] in my Laguna days,” she said. “I wore this black suede band essentially and never took it off and that’s cool now! Everything comes back around.”

Though she may have ditched the band since high school, she’s not a hater of the accessory. “I’m such a huge choker fan. I love that they’re such a hot trend. I love doing it in a more subtle, minimalistic way,” she explained of the dainty gold layering pieces found in her line. “I love layering.”

Red lips and new fave jewelry, that means the new @uncommonjames collection launches in one week! Doing a pop up in LA the 29th and 30th at 901 Academy Salon 4-6!!! See u there!

Do you think Kristin Cavallari started the choker trend? Let us know @BritandCo!

Arielle Tschinkel
Arielle Tschinkel is a pop culture junkie who went to NYU because the Olsen twins went to NYU (really). She is a freelance writer whose work has also been featured on HelloGiggles, Refinery29, SheKnows, Bustle, Hollywood.com, and many others; and she's living her dream one Britney Spears GIF at a time. Follow her on Twitter @mrstschinkel or visit her website at arielletschinkel.com.
90s
Celeb Style
90s Celebrity Style Nostalgia