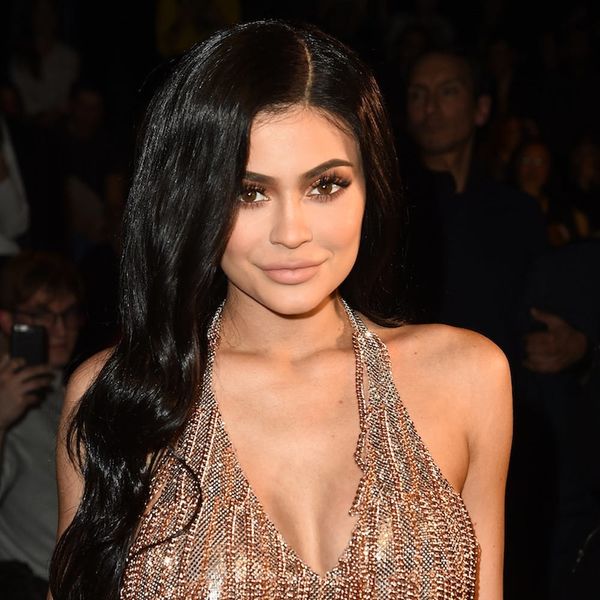 Kylie Jenner turns 20 and the Porgs have taken over in this morning’s top news stories. Check out those and more below in the Thursday Morning Buzz!

1. Happy birthday, Kylie! The youngest Jenner turns 20 today, and after her boyfriend Travis Scott’s concert with Kendrick Lamar in LA last night, she was surprised by a secret bash thrown by her friends and family — complete with, according to the KarJenner girls’ Snapchats, a curvy ice sculpture, Dippin’ Dots, gold-lettered balloons, and the goofiest birthday cake. “Thanks to all my besties for this cute night,” Jenner captioned one Snap. In another (see above), she could be seen hugging her beau upon arrival. She also made sure to take lots of shots with her sisters and momager extraordinaire, Kris Jenner. Jenner’s Kylie Cosmetics company has already made $420 million, according to Kris, so the sky is certainly the limit for the young mogul.

2. Nikki Reed and Ian Somerhalder say they’ll take a “month of silence” after they have their baby. Reed and Somerhalder are expecting their first child in August, and Reed told Fit Pregnancy that for the first month, it’ll just be the three of them — no visitors, no cell phones, nothing. “Otherwise, every five minutes it would be, ‘How are you feeling? Can we have a picture?'” Reed said. “You don’t get those first 30 days back, and we want to be fully present.” Reed and Somerhalder are keeping the sex of the baby secret for now, but she said either way it’s a win/win. (Photo via Dave Mangels/Getty)

3. The Will and Grace cast shared videos of their first day of filming and it already looks like SO MUCH FUN. They’re baaack! Even though it’s been 11 years since the series finale, Megan Mullally and Debra Messing’s videos from the first day of filming prove they haven’t missed a beat. In a vid with costar/partner-in-crime Sean Hayes, Mullally joked, “Tonight is our first taping and Sean Hayes got fired at the last minute.” Messing, meanwhile, made sure to pan around the room to show the whole gang before turning her phone back to mug for the camera. Okay, the September 28 premiere can hurry up and get here already. (h/t People)

PART OF THE PRESS RELEASE!!! Omg! NEW YORK, August 9—Touchstone will publish a collection of humorous, autobiographical essays by actress Busy Philipps. The yet-to-be-titled book will be published in fall 2018. An audio edition will be released simultaneously by Simon & Schuster Audio. Busy Philipps’s autobiographical book will offer the same unfiltered and candid storytelling that her Instagram followers have come to know and love, dealing with everything, from growing up in Scottsdale, Arizona and her painful and painfully funny teen years, to her life as a working actress, mother, and famous best friend.

4. Busy Philipps will put her storytelling skills to use in a new book. If you follow Philipps on Instagram, you know she has a knack for turning even the most random daily details into compelling stories. Now, Philipps is writing a book of humorous essays dealing with everything from her upbringing in Scottsdale, Arizona, to her life in Hollywood and beyond. Philipps said she’s not allowed to share the title just yet (she did say it’s a good one), but she DID reveal that the project she’s been waiting her whole life to do will be out in 2018. (h/t ET)

when can I buy my own stuffed animal porg, @starwars??? pic.twitter.com/JfnaUwKZFP

5. Star Wars revealed a new character and people have FEELINGS.Entertainment Weekly got the scoop on lots of details from the upcoming Star Wars: The Last Jedi film, including a new character called a Porg. Porgs are described as “penguin-like wide-eyed creatures,” native to the planet Ahch-To. The first photo of a Porg shows Chewbacca flying the Millennium Falcon with a li’l Porg by his side. Twitter user @KatieMinard is firmly pro-Porg and wondered when she’d be able to buy her own stuffed toy version. Others think the Porg is too cute and cuddly. Our feelings are best summed up by @ezwrites: “PORG PORG PORGY PORG I LOVE PORGS.” (h/t EW)

6. Quote of the day: “Life is a daring adventure or nothing at all.” — Helen Keller

Do you consider yourself an adventurer? Let us know @BritandCo!