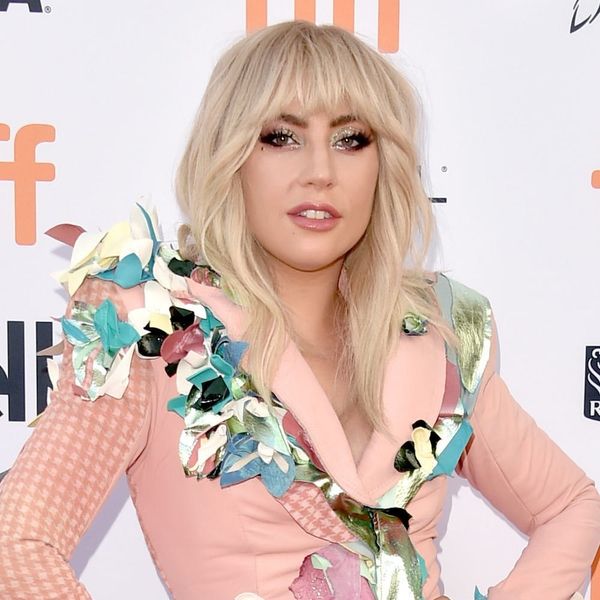 Lady Gaga has been keeping her relationship with boyfriend Christian Carino relatively private, but she apparently couldn’t resist sharing a sweet pic of their adorable romance this weekend.

On Sunday, the 31-year-old singer (who broke up with fiancé Taylor Kinney in July 2016 after five years together) took to Snapchat to post a dreamy pic of herself in a grassy field with the sun setting over the water in the distance. Gaga is in a ruffled pink bikini, wrapped in the arms of her talent agent boyfriend as they stare into each other’s eyes. (Well, Gaga stares into Carino’s eyes and he stares into her super stylish sunglasses.)

It’s all so lovely, it could honestly be a snap from one of her music videos.

Mother Monster also hopped onto Instagram Stories to share a Boomerang of herself doing a sassy hip shake while blowing a kiss. The performer, who was obviously winding down a wonderful weekend, added the caption, “Night night, Sunday Funday.”

Fans first learned about Gaga’s new man when the two were spotted out together for Tommy Hilfiger and Gigi Hadid’s Spring 2017 fashion show. They were later snapped getting cozy as the singer prepped for her epic Super Bowl Halftime Show.

Carino is no stranger to the celeb scene, having represented stars including Justin Bieber, Christina Aguilera, Jennifer Lopez, and Miley Cyrus, but it looks like he and the “Bad Romance” singer are keeping things low-key before hitting up any red carpets together. And that seems to suit them just fine.

What do you think of Lady Gaga’s romance with Christian Carino? Let us know @BritandCo!