This Is the One Item Lauren Conrad Kept from “The Hills” 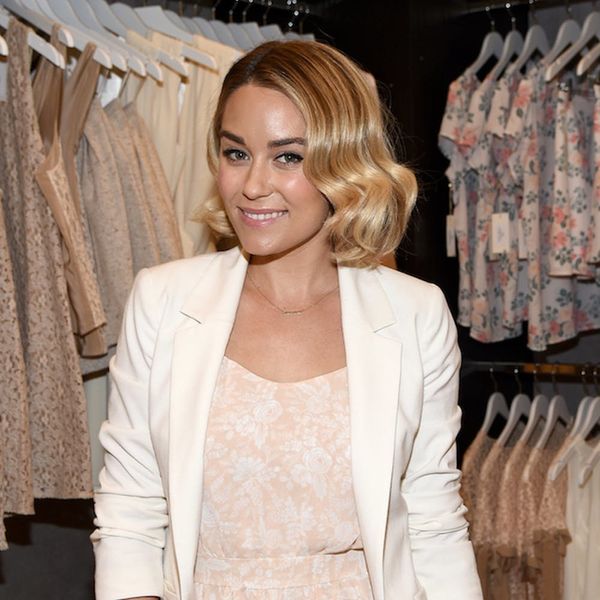 Lauren Conrad recently read Marie Kondo’sThe Life-Changing Magic of Tidying Up, and while she tried to incorporate some of the KonMari method, she’s not exactly a disciple of it. “It was too aggressive for me because I’m a bit of a packrat,” the LC Lauren Conrad for Kohl’s designer told Refinery29. “But the one piece of advice I took from that book was to shop your own closet, meaning don’t go through everything and say, ‘keep this,’ ‘get rid of that’ — instead, go through your closet and basically pull out everything you still wear and really like, and get rid of everything else.” But, there is one thing in her closet that Conrad can’t seem to get rid of.

“Something I have that I just can’t part with, and will probably never wear again, is a pair of jeans that I wore when I was filming both Laguna Beach and The Hills: a capri-length, cuffed, heavily-distressed pair. They’re in the opening of The Hills; I wore them to move into my first apartment in LA, and I don’t know why, but I just can’t break up with them,” she said.

Although it’s not likely we’ll spot the Paper Crown designer in them anytime soon. “I doubt they would fit anymore! Especially now that I’m pregnant. But they’re also a little too short — they’re not even, like, a pedal pusher length,” she said. “They’re cut right below the knee. I don’t know if that length is coming back anytime soon. Although they probably will, now that I’ve said that!”

If it were up to us, she would definitely keep ’em. They’re a part of pop culture history now. And in case you need a refresher on which pair of jeans they are, you can peep them in the original opening sequence of the show:

What’s the oldest thing in your closet? Tweet us and let us know @BritandCo.

Channing Hargrove
Channing Hargrove is a freelance fashion editor and writer in New York City. When she isn’t writing about clothing (or shopping, for research, of course), Channing is writing about life in a tiny studio apartment in a big city — and what she’s wearing — on her blog, Channing in the City.
Celebrity Style
Celeb Style
Celebrity Style Lauren Conrad Nostalgia
More From Celeb Style