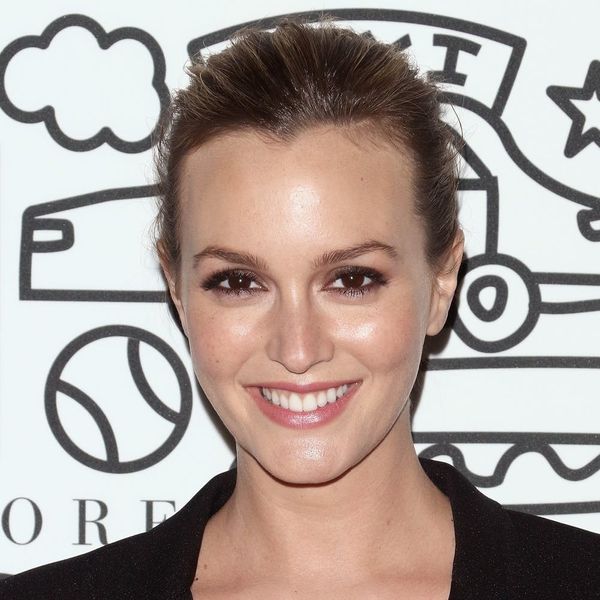 You might know her best as the high-maintenance Blair Waldorf from Gossip Girl, but Leighton Meester actually better relates to her latest role as self-educated colonial woman Deborah Revere in the upcoming MakingHistory. In a recent interview with Byrdie, she revealed just how low-maintenance and go-with-the-flow she really is.

When asked about her beauty routine, she confessed she was less like Blair and more like Deb (who is from the 1700s and doesn’t have much access to makeup). “In my daily life, I don’t have a makeup routine,” Meester, 30, revealed. No judgment here! Going barefaced is the easiest beauty routine ever, whether you’re in the 18th century or the 21st.

While Blair might drop cash on Botox, bee-sting therapy, or perhaps some other GOOP-y beauty trends (like the jade egg Gwyneth Paltrow loves?), neither Deb Revere nor Meester would be game. The mom to Arlo with husband Adam Brody thinks her body is fine the way it is — a sentiment that she expanded upon when she talked about her “diet” and fitness routine. Blair might go for the latest fad diets and work her booty off in the gym, but Meester is satisfied with lots of bread, dessert, and kale and smoothies in the morning. She also has an eternal love for coffee. Attagirl.

Like most conversations these days, politics inevitably came up, and Meester is an outspoken proponent for women’s rights. “The thing that gets all the attention is ‘women’s right are humans rights,’ and that’s certainly a true statement,” she notes. “Maybe some people are mistaken that sexism is gone and that women are treated equally, but we’re not… that said, I do think people will fight for [those] rights.”

She’s as equally passionate about the environment. “I’m not saying we should take these issues for granted, but I think what can’t be as easily defended is the environment, and people are doing irreparable damage,” Meester shared. “It’s pretty unbelievable that there are people out there who don’t think so. They just ignore the facts, and that’s pretty scary. Four years: Maybe we don’t have that long.”

What do you think of Leighton’s routine? Ultra-relatable? Tell us @BritandCo!

Shea Lignitz
Shea can be found in the nearest bookstore or brewery, exploring the great outdoors, or blasting Led Zeppelin. She grew up in the cold and rain of Northern California's redwoods but is currently wandering around Texas.
Celebrity Style
Beauty News
Celebrity Style interview