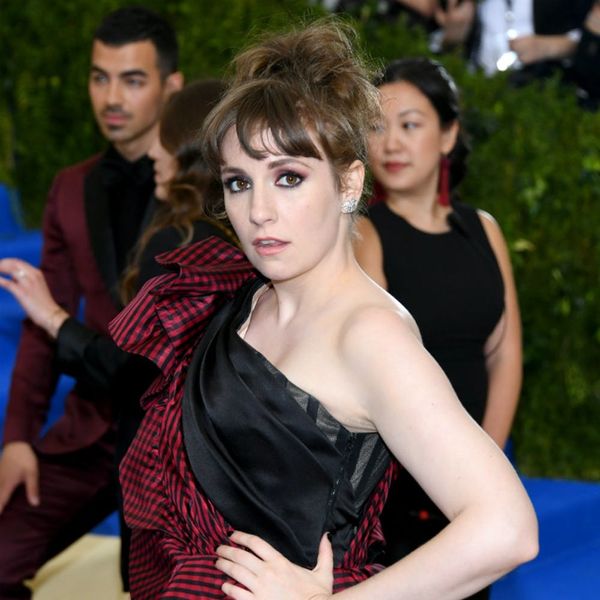 With her hit HBO show Girls having come to its end earlier this year, Lena Dunham has been taking time for herself. She’s updated her look by way of microblading and had some fun by attending this year’s MET Gala. But her fairy-tale evening came to an abrupt end, likely due to some complications with a disease she’s talked at length about in the past.

After spending the first part of her evening prepping for and walking the red carpet, Page Six reports that Dunham spent the second half of the night in the hospital. While she’s not yet commented personally, rumors are swirling that her hospital visit might have stemmed from her very public battle with endometriosis, a disease that affects a woman’s uterus.

Those who suffer from endometriosis often have to endure painful surgeries where excess endometrial tissue is removed from parts of the body where it should not be (usually on or around the ovaries and other pelvic organs). Just last month, the actress revealed that she was “disease free” after a surgery with her longtime OB.

Prior to her time at the hospital, Dunham provided us with the best photobomb of the night: her slouching behind Joe Jonas with a caption that read, “Fatal Attraction.” At least she got a bit of fun in before things went south.

Have you ever had to make a dramatic exit from an event? Tell us about it @BritandCo!

Kat Armstrong
Kat has been a writer, social media maven and mom for longer than she's willing to admit. She's also spent time in front of and behind the camera, interviewing celebs, politicians and acting as a producer for fashion and artistic photography shoots. When she isn't writing for various orgs and publications, she's hanging with her kids, husband and French Bulldog, Peter, in Toronto, Canada.
Met Gala
Celebrity News
Met Gala Womens Health