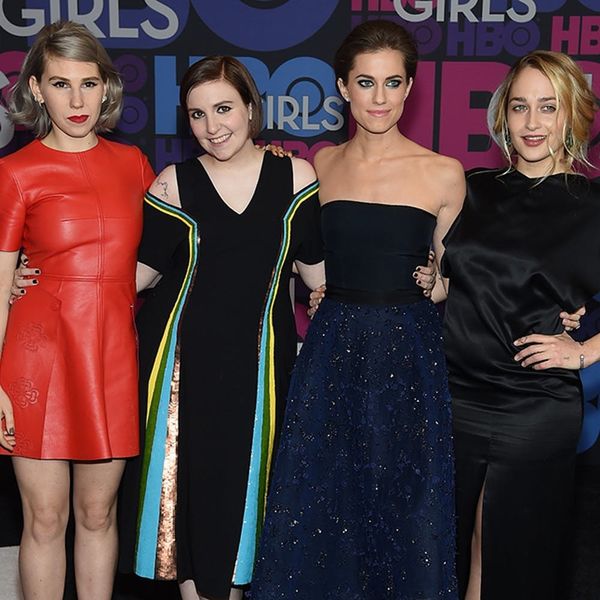 Brit + Co is (snow)storming Sundance this weekend, buffing up on our movie news, #SundanceandChilling with superstars on the red carpets and the slopes. Okay, not the latter. But we are on the red carpet and catching up with girl/career/human crushes like Lena Dunham, who just spoke in a TimesTalk conversation with TV legend Norman Lear. In between bouts of Tweetable inspiration both our 7th grade and 30-year-old selves would Like, Lena Dunham opened up about the decision to end Girls after its sixth season — and gave us a glimpse at her dream for the reunion we’ll all be clamoring for in a decade or so.

Acknowledging that she and the Girls cast/crew never wanted to let the show (season 5 premieres on HBO February 21) outstay its welcome, Lena shared, “We wanted to make sure we kept the momentum going and didn’t allow it to soften over time. [Girls] is also about this really specific period in these women’s lives. On a personal level, I was 23 when we wrote the pilot. I’m going to be 30 as we shoot the sixth season and it just felt as though, if we were to continue on, it wouldn’t be about what it was originally about… It would be the equivalent of moving them to California — only [their] ‘California’ is, like, getting married and having kids and stuff like that. And it just feels like, at this point, it makes sense for us to wrap their stories up.”

Painful as it may be for Girls fans to admit it, we get it. Especially those of us (cough) sharing a similar age range and life experiences (cough) as Hannah, Marnie, Shosh and Jessa.

The only good news about a beloved show ending these days is that we just might get a reunion in our future. After a hearty fan-driven social campaign or two, of course. Although there is still another season to air and one more to shoot, Lena had the crowd giddy with her dream for a (far away) reunion. She laughed: “I would LOVE in 10, 15 years to get us all back together, go to Dubai. Nothing would make me happier.”

Lisa Raphael
In her past professional lives, Lisa has served the masses as the Editorial Director at Brit + Co, Bieber Whisperer at J-14, Golden Girls Fan Club Prez at Lifetime and Talk Show Host Understudy to Katie Couric. Now, she's taking on the sports world at The Relish, teaching Hairography 101 in her spare time and will forever be trying to fill the hole Zayn Malik left in her heart.
lena dunham
Pop Culture
lena dunham