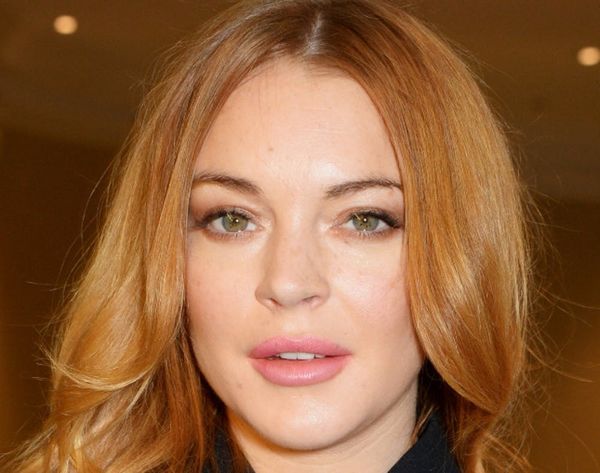 ICYMI: Lindsay Lohan designed a virtual closet fashion app with her brother, Michael Jr., called Vigme. Yeah, we didn’t know about it either until reports starting popping up that the duo’s project is currently under fire due to accusations of plagiarism from their former business partner, Fima Potik. Page Six reports that Potik is seeking $60 million in damages from the siblings, claiming that Lohan endorsed his app, Spotted Friend, before developing a similar product that Potik describes as a “virtual clone.” (Yikes — kinda sounds like the Winklevoss Twins’ intellectual property argument in The Social Network, no?) So we guess imitation isn’t the sincerest form of flattery, but what about the ol’ “any press is good press” saying? Considering LiLo’s turbulent attempted comeback(s), we think that one’s not true right now either.

A Manhattan Supreme Court Judge issued a temporary restraining order on Friday, which halts the app’s development and bans the Lohans from promoting Vigme. The company’s last tweet was on October 20, and there’s not a ton of info about it on the brand’s site detailing what to expect from the app, but Lindsay did appear on Ellen in March to plug Spotted Friend as “Shazam for clothing.” That app runs on a search engine platform with visual image-recognition technology so fashionistas can take pics of items they covet (off of friends or strangers) and it’ll find the same or similar pieces for purchase.

But wait, isn’t that idea already pretty similar to Kate Bosworth’s Style Thief app? Which already kiiiiinda reminded us of ASAP54 and Style-Eyes?

We’re wondering if Oprah is going to have to have another #realtalk heart-to-heart with Lindsay. Either way, we hate to see yet another project unravel for Miss Lohan and hope she finds resolution with the case soon, because controversy is not so chic.

What do you think about LiLo’s virtual closet app? Let us know in the comments!

Maureen Luyun
Maureen is a writer and brunch enthusiast laughing way too loudly in Texas. If she isn't voraciously turning the pages of the latest celebrity memoir, she's probably picking up a new skill to use for a DIY project. Shopping (online and off) is her cardio, and as an avid advocate for the handwritten note, she loves to send (and receive) snail mail. Like Kanye West once tweeted, sometimes she gets emotional over fonts.
Tech
More From Tech