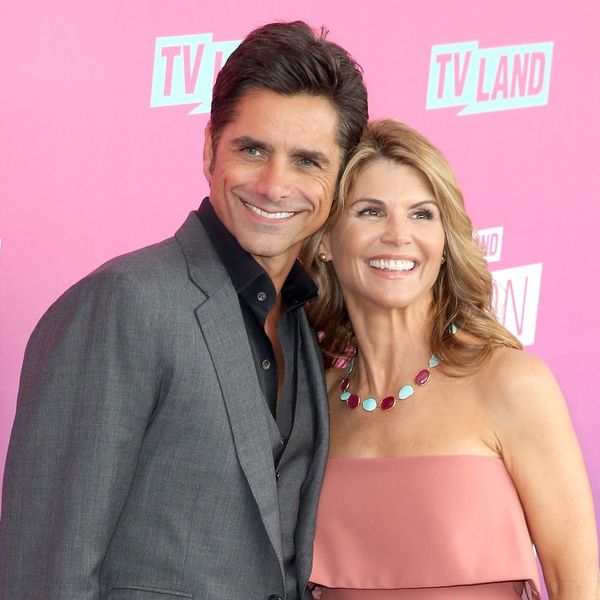 Fuller House’s Uncle Jesse and Aunt Becky are one of the most beloved TV couples of all time. Fans have always wished that John Stamos and Lori Loughlin were an off-screen item, too, and now Loughlin admits that her actual husband doesn’t entirely disagree.

“Whenever I post something with my husband, people will write comments,” she recently told ET. “I laugh now, I think it’s funny. They’re like, ‘You should’ve married John!'”

Loughlin has been married to fashion designer Mossimo Giannulli for more than 20 years, and she said even he can’t help but ship the fictional couple.

“What’s even funnier though, is sometimes my husband will comment back and say, ‘Yeah, you should have [married Stamos]!’ or something funny like that. Like, he’ll just pop off!”

Loughlin and Stamos’ on-screen chemistry was — and remains — undeniable. Stamos has said that the pair did go on a date when they first started working together in the late ’80s, and has added fuel to fans’ fire over the years by calling Loughlin the one that got away. Stamos is now married to (and expecting his first child with) Caitlin McHugh, and he and Loughlin, of course, remain good friends.

While Loughlin’s husband likes to get in on the joke, what does he *really* think of Uncle Jesse? “Oh my gosh, [he] loves John,” she told ET. “He has a great sense of humor about it…I actually think it’s very sweet that people are so emotionally involved in the Jesse and Becky characters, that they really want to see this onscreen couple that they love so much be an off-screen couple too.”

Did you ship Uncle Jesse and Aunt Becky IRL too? Let us know @BritandCo!