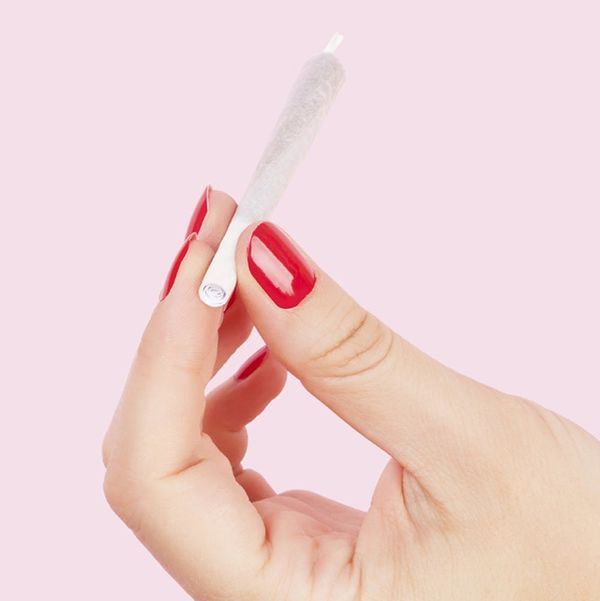 An honest look at the ways women are taking care of their minds and bodies in real life.

More and more American women are using marijuana for both recreational and medical purposes as weed is increasingly accepted by society and the letter of the law. With pot on our minds more than ever, some people worry that we could have the makings of a new, nationwide addiction on our hands.

In a new article published in the Atlantic, contributing editor Annie Lowrey writes that the number of people who are using weed on a daily or near-daily basis is going up, which is cause for alarm among some public health experts. According to Lowrey, these medical professionals “argue that state and local governments are setting up legal regimes without sufficient public-health protection.” These concerned experts worry that the switch from treating cannabis as a threat on par with heroin to acting as if it’s “as benign as kombucha” is setting potential cannabis users up for addiction.

So, is weed addiction really something we should be worried about?

Despite what your skater ex-boyfriend may have told you, marijuana can be addictive. In fact, Dr. Diana Martinez, a professor of psychiatry at Columbia University’s Irving Medical Center, tells us that researchers have known this for years.

Martinez explains that studies from the last few decades show that the number of adult marijuana users who become addicted has remained at about nine percent. Compared with the roughly 25 percent of adult heroin users and 34 percent of tobacco users who will become addicted, a nine percent addiction rate may seem tame. But Martinez stresses that for the people who do wind up becoming addicted to pot, the situation is “not good.”

“Addiction is a difficult disorder to treat,” she tells us.

Though there has definitely been a rise in the total number of adults using cannabis, research suggests that legalization isn’t necessarily the cause for the uptick in usage but, rather, that widespread pot legalization is the result of people being less freaked out by weed in general. Surprisingly, a 2017 study from the Public Health Institute’s Alcohol Research Group found “no significant relationship between marijuana legalization in some states and higher rates of its use,” according to a press release for the report.

“Our findings suggest that US society has become more tolerant and accepting of marijuana use and less concerned with risks, which has led to broader use,” said Dr. William C. Kerr, a senior scientist with the Alcohol Research Group and the principal investigator. “While it is still too early to judge the impacts of recreational marijuana legalization, it appears that the passage of these policies reflects changing attitudes towards marijuana use, rather than the other way around.”

Though cannabis has gotten more potent over the years, changes in the plant itself don’t seem to have had a measurable effect on how many people are addicted. Research shows that it’s extremely difficult to overdose on marijuana, and there’s no evidence to definitively link marijuana use with chronic lung diseases such as cancer. For medicinal purposes, cannabis is very promising in the treatment of some conditions, including seizure disorders and anxiety.

But weed isn’t harmless. Among people with heart conditions, smoking weed can create a higher risk for heart attacks. And there’s still a lot we don’t know about weed, largely because of the drug’s ongoing federal classification as a Schedule I substance.

As far as public health concerns, Martinez says that because rates of marijuana addiction have stayed about the same over recent decades, there’s no crisis looming. However, she says that it is a “public health failure” to continue imprisoning people on marijuana charges, given that it doesn’t deter drug use.

Martinez says that it’s up to each adult to do their research, know their own risks, and use responsibly.

“As we barrel ahead with legalization, we need to know that yes, marijuana has risks,” Martinez says. “But those don’t negate the benefits.”

Elizabeth King
Elizabeth King is a politics, history, and culture writer based in the Twin Cities. She is generally pretty cranky but still enjoys traveling, music from the early 2000's, and plotting the resistance. Feel free to say hi on Twitter at @ekingc or check out some of her work at www.elizabethcking.com.
Mental Health
Womens Health
Mental Health Taking Care