More Than 25,000 People Have Signed a Petition to Have Matt Damon Cut from ‘Ocean’s 8’ 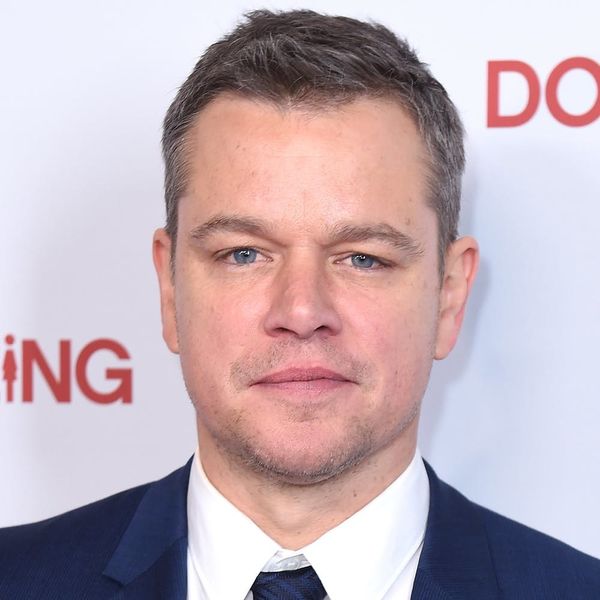 Ocean’s 8 may still be half a year away, but already, it’s sparking controversy. While the A-list ladies featured in the film’s first full trailer have fans seriously excited, viewers aren’t feeling the love for one cast member in particular: Matt Damon. The Downsizing actor is being singled out in the wake of some questionable comments he made about about sexual misconduct in Hollywood, leading to a growing petition to have the star edited out of the film.

Damon, 47, sparked major outrage while speaking to Peter Travers on on ABC News’ Popcorn With Peter Travers earlier this month by insinuating that not all acts of sexual assault were equal. “I do believe there’s a spectrum of behavior,” he said. “There’s a difference between patting someone on the butt and rape or child molestation, right? Both of those behaviors need to be confronted and eradicated without question, but they shouldn’t be conflated.”

Many, including ex-Minnie Driver and Alyssa Milano, were not here for the comments, taking to social media to sound off against his viewpoint. “No. You don’t get to be hierarchical with abuse,” Driver wrote, with Milano comparing the allegations to a disease, quipping, “There are different stages of cancer. Some more treatable than others. But it’s still cancer.”

Damon didn’t back down however, telling Business Insider in a separate interview that society should be more focused on all the men who *aren’t* committing crimes. “We’re in this watershed moment, and it’s great, but I think one thing that’s not being talked about is there are a whole s**t load of guys — the preponderance of men I’ve worked with — who don’t do this kind of thing, and whose lives aren’t going to be affected,” he said.

Now, fans are calling for the actor to be removed from the upcoming film by way of a petition, aptly dubbed Remove Matt Damon from Oceans 8, which has well exceeded its original goal of 19,000 signatures with 25,822 — and counting.

The petition’s creators blame Damon’s interviews, as well as a 2004 New York Times report detailing Harvey Weinstein’s behavior they claim Damon tried to squash (Damon has publicly denied these allegations) for their objections, saying that he “enabled and ignored his former producer [friend’s] behavior as head of Miramax and then the Weinstein Company.”

What’s more, they say his role is unnecessary as,”The all-female reboot of Ocean’s 8 was supposed to be an empowering film for women. The movie spotlight the talents of its tremendous female cast and showcase the savvy and prowess of its characters.”

By including Damon in the film, the petition’s writers feel producers George Clooney and Steven Soderbergh would be “[trivializing] the serious nature of the charges against sexual abusers like Weinstein — a show massive [of] disrespect for the brave women speaking out. It would also send a terrible message about the inevitability of — and lack of accountability for — sexual harassment in the workplace that four in 10 American women experience.”

Damon has not responded to calls for his removal from the film.

What do you think about the petition to remove Matt Damon from Ocean’s 8? Let us know @BritandCo!