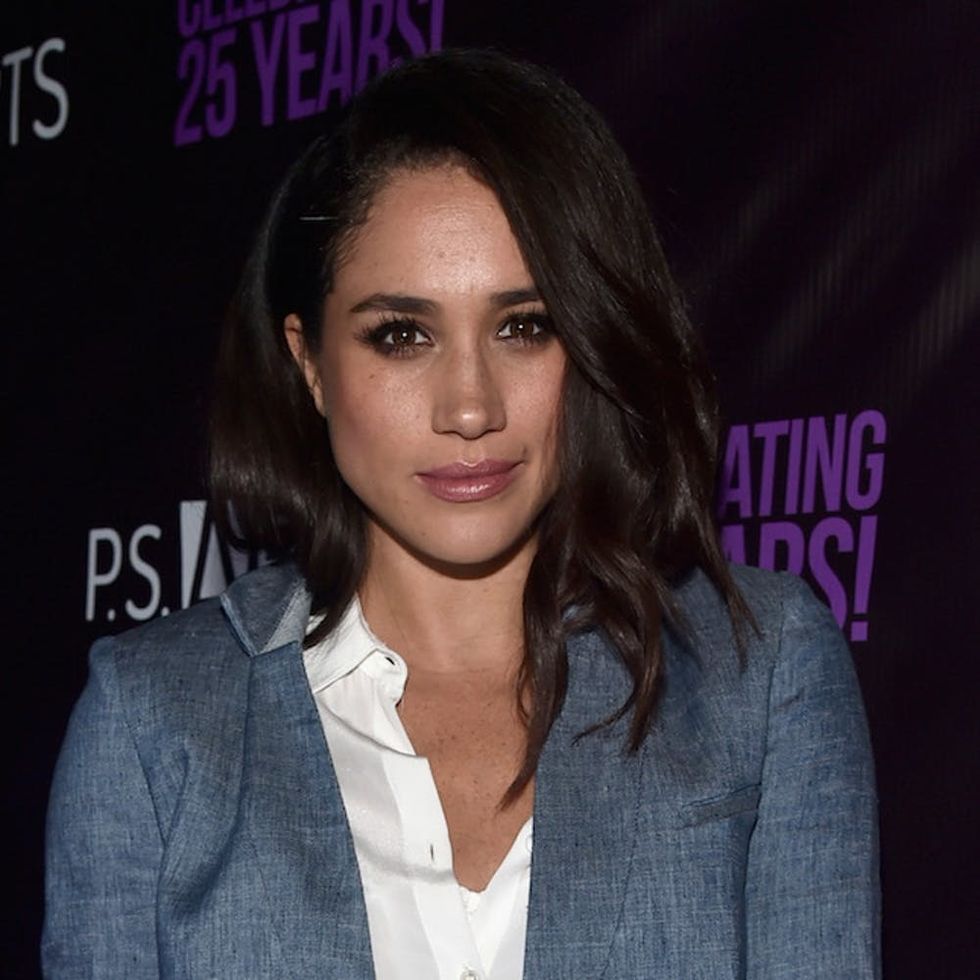 Things are definitely heating up between Prince Harry and his girlfriend Meghan Markle. While we know the Suits actress loves a good bargain, it seems her beau does too. Most recently, the prince gave her a gold ring — relax, it’s not that kind of ring, but it’s still pretty as heck.

Markle was spotted in London wearing Missoma’s 18 Carat Gold Vermeil Nexus Double Arrow Ring ($75). She has supposedly been sporting the new bauble on her thumb, as it’s just a little bit too big, but, we have to say, Prince Harry, you’ve got great taste!

The royal definitely has a fondness for gifting jewelry to Markle. The adorable couple wear matching blue and white bracelets, which Markle wears on her left wrist, while Prince Harry wears his on the right. He has also given her a Cartier love bracelet, an arrow ring engraved with the letter “H,” as well as a Maya Brenner necklace with the initials “H” and “M.” Awww…

You can get in on the love fest and buy Markle’s new thumb ring for yourself or fire off the link as a hint to someone special.

What do you think of Markle’s ring? Share your thoughts with us @BritandCo.

Channing Hargrove
Channing Hargrove is a freelance fashion editor and writer in New York City. When she isn’t writing about clothing (or shopping, for research, of course), Channing is writing about life in a tiny studio apartment in a big city — and what she’s wearing — on her blog, Channing in the City.
Celebrity Style
Celeb Style
Celebrity StyleJewelryRoyal Family